The macOS Big Sur update has brought about a range of fresh problems that have been bothersome, to say the least, for several users.

And while most of such issues are limited to the macOS system alone, several others are related to the update resulting in unexpected behavior in third-party apps.

A good example of this can be Big Sur rendering the Google Backup and Sync app incompatible. Similarly, several users are now bumping into various issues with Google Meet following the Big Sur update.

There have been a string of complaints from macOS users saying that Google Meet is rendered useless for them after the Big Sur update. The video calling site fails to transmit video or even audio to the other party.

I did the Big Sur 11.1 (20C69) update and now I cannot use google meet. When I enter a meet I cannot see or hear anyone, I can turn my camera on and see and hear me but others can’t see or hear me. I’ve tried on different internet browsers and it doesn’t work on either.
Source

And yeah, users state that they have already tried other video conferencing apps and they work as expected. It is only Google Meet that appears to be broken for some reason.

Moreover, the issue also isn’t just limited to the Safari browser as it persists across other browsers like Google Chrome.

The good news is that the matter has already been escalated and the engineers at Google are looking into it as we speak.

Ok, this has been escalated to engineers for investigation. Meanwhile some are reporting possible workarounds that may be worth exploring until a fix is applied.
*unplug peripherals (particularly ethernet cable and USB-C devices)
*Try using Mozilla Firefox
*Try using a VPN
Source

And as you can already see, the Product Expert was kind enough to also provide all the available workarounds for the issue. You are free to give them a go as you wait for Google to roll out a fix.

As if the aforementioned wasn’t enough, there are also a slew of complaints from Google Meet users about audio crackling issues during video-conferences on the Safari browser following the Big Sur update.

After updating to macOS Big Sur when I try to join in Google Meet the audio is crackling even when I’m using AirPods. In Google Chrome I don’t have this problem. Any help?
Source

The other party is able to listen to the user just fine. However, the voices from the other side are incomprehensible due to staticky/crackling audio.

However, a few users observed that the issue disappears on its own after 10-15 minutes following which the static clears.

Also worth mentioning is that the problem may be due to a recent bad update in the Safari browser and not because of the macOS Big Sur update, contrary to many users’ suspicion. This is evident from the fact that many users were able to work around the issue by installing the bleeding-edge Safari Technology Preview version. You can do the same through this link.

Its a bug on safari 14.0.1, use another browser until they fix or you can use safari technology preview
Source

Alternatively, you can also make use of any other browser like Chrome, Firefox, or Opera until Apple makes the fixes available on the Safari browser stable version as well.

That said, be sure to check out our dedicated macOS Big Sur bugs/issues tracker for further coverage on matters like these.

According to a Google Employee in the forums, the search giant is now rolling out a fix for the Google Meet issue where others cannot see you.

An update is rolling out now that addresses the underlying cause, and should resolve the behavior.

The purported fix has seemingly still not been rolled out, at least for some users, but there is now a new workaround available that may help. 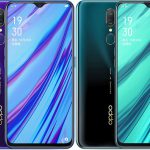 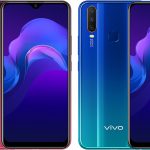