Several Redmi 9 and Redmi Note 9 users have been complaining for months now that video recordings from the devices have audio mismatch issues. Or in other words, the audio and video are not synchronized.

From video demonstrations, it appears that the video plays with a couple of seconds of delay in relation to audio output, which has left video recordings from both devices virtually useless.

When recording with the native camera app in Redmi 9, the audio and the video are NOT synced. The video has a huge delay between the audio and the image being reproduced in the video. I tried every app (GCam, open camera, instagram, snapchat) but the problem’s still there. I’m on Miui 12.0.1 global.
Source

On my Redmi 9 cell phone, when I record a video, it does not come out according to the voice, that is, the audio and video are not synchronized. Please help.
Source

Moreover, the bug is not just limited to the MIUI camera app as it persists across almost every app be it Instagram, Snapchat, WhatsApp, and the like.

As it stands, reports of the issue may have picked up pace only recently but MIUI 12 isn’t the one to blame. This is because there is plenty of evidence to suggest that the bug has been present even on MIUI 11.

Many users also observed that the issue occurs intermittently and restarting fixes it temporarily. Some went as far as resetting their device only to discover the bug making a comeback in just a couple of days later.

Lastly, the issue isn’t related to video playback. Rather, the video file itself is sort of corrupted. This is apparent from the fact that the issue persists regardless of the app used to play the video.

Nonetheless, the good news is that Alvin Tse, GM at Xiaomi Indonesia recently replied to a user on Twitter saying that they are aware of the issue and are already working on fixing it.

Hence, if all goes well, one can expect a bug-fixing update to roll out soon enough to both the Redmi 9 and Redmi Note 9 for the video and audio mismatch/sync issues.

For now, be sure to check out our Xiaomi Android 11 update tracker as well as the MIUI 12.5 tracker for information on their release for your device. 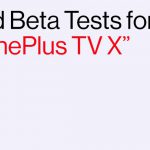