It seems the days of Samsung being one of the slowest Android vendors to release software updates are long gone as the South Korean giant has released Android 11 for a bunch of smartphones already.

Most recently, the company started seeding Android 11 for the budget-friendly Galaxy M21 and Galaxy F41 in India.

Like most Android software updates, One UI 3.0 is being rolled out to devices in stages. Therefore, the update isn’t available to users across the globe at once.

Instead, certain regions get updates ahead of others and the rollout could take a few weeks or even a couple of months to be completed.

Usually, Samsung seeds updates to users in Europe or its home country — South Korea — ahead of other countries. However, in a surprising turn of events, the company is yet to release Android 11 with One UI 3.0 for the Samsung Galaxy S10 and Note 10 variants in Korea.

Towards the tail-end of December, we had highlighted a mod’s comment claiming that the company is having trouble rolling out the One UI 3.0 beta for the Samsung Galaxy S10 models in Korea.

To date, Samsung hasn’t shared the exact details as to why the update has been delayed for the S10 series in Korea.

Although, it could be partially related to the reason why the company pulled and then re-released the Android 11 update for the Galaxy S10 series around the world recently.

But it seems that the wait for the update to Android 10 might soon be over for Samsung Galaxy S10 and Galaxy Note 10 users in Korea.

This is because a Samsung moderator on the company’s community forums has shared some positive information regarding the status of the update (translated from Korean):

According to the moderator, the update One UI 3.0 update based on Android 11 for the Samsung Galaxy S10 is currently undergoing verification.

As for the Samsung Galaxy Note 10, the One UI 3.0 (Android 11) update verification was successful. Therefore, users can expect to get the stable update soon. In a separate comment, the same moderator also claimed that since the update for the Note 10 was verified successfully, they are relieved and expect the same should be the case for the Galaxy S10 series.

The S10 series is still partially validated, so we will notify you after checking the progress next week. The N10 series went well with verification yesterday afternoon, so I’m also putting down some worries about the S10 series. We are doing our best to distribute the full version of Android 11 as soon as possible. (Source)

As per the mod’s comments, more details about the availability of Android 11 or One UI 3.0 for the Samsung Galaxy S10 and Note 10 in Korea should be available by next week.

As usual, we will post an update once new details emerge regarding the availability of Android 11 for devices from the S10 and Note 10 lineup.

In the meantime, stay tuned to our dedicated tracker to know more about the status of One UI 3.0 for all eligible devices from Samsung.

10:45 am (IST): A Samsung moderator has now confirmed that the final verification process of the One UI 3.0 update for the Samsung Galaxy S10 series has been completed in Korea. Moreover, the mod claims that the company is looking to release the stable update today.

As per the mod, the update would start rolling out for the Samsung Galaxy S10 5G first and beta users will be given priority.

Non-beta testers should also receive the update soon if they haven’t already.

06:00 pm (IST): A Samsung moderator has confirmed that the stable update One UI 3.0 update for the Galaxy S10 series is live in Korea. The stable update bears the build number EUA4.

The update is available to users who were part of the beta program, general users, and those who installed the Android 10 rollback version after joining the beta program.

However, the moderator also said the following:

Among those who have joined the beta program, if the update does not work normally,

1. You rolled back to the Android 10 version, but you did not leave the beta program, or

2. If you have left the beta program and have not rolled back to the Android 10 version

FOTA may not be able to update. 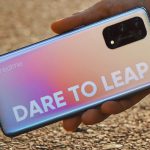 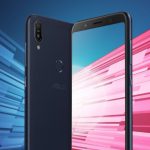