The NVIDIA Shield TV is one of the most powerful streaming media devices one can lay hands on as of now. But even all that power does not guarantee a completely bug-free experience.

This is apparent from our NVIDIA Shield TV series bugs/issues tracker wherein we have listed some of the recent trending issues along with their workarounds, if any. 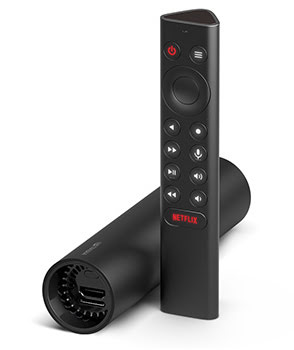 However, it’s still great to see that NVIDIA takes its stuff seriously and addresses most issues quickly enough with software updates.

Several users had recently taken to the forums saying that exiting the Kodi app whilst music is being played through the app, the audio gets slow and garbled. I have a sound problem when I exit KODI and enter netflix. The sound in the speakers starts to crackle. The only thing that helps is restarting the shield. I have the Yamaha receiver and shield. I am using the latest firmware. My sound is always set to passtrough.
Source

This issue persists on the homescreen or even when switching over to another app such as Netflix. But as soon as the Kodi app is reopened, the problem disappears.

Fortunately, the music playback bug on the Shield TV Pro has been fixed with the Kodi 19 RC1 update as per a recent comment left on the forums by the NVIDIA staff themselves.

Kodi has fixed this issue in Kodi 19 RC1.
Source

Good riddance! Hence, if you are one of the users still facing this issue, then be sure to update your Kodi app to the latest version.

The above isn’t the only issue that has been fixed. There have also been quite a few complaints about the Amazon Prime video app not playing 5.1 supporting 4K content in the 5.1 surround mode. The content instead plays in the regular 2-channel stereo mode and thus the glorious 5.1 surround audio is missed.

Nevertheless, the good news is that the bug was on NVIDIA’s side and they were kind enough to quickly address it with the latest update released on January 19.

The issue has been addressed on 8.2.2 to sync with how prime videos is detecting surround support now. Please make sure your output mode is set to auto and try again.
Source

The fix has been mentioned in the NVIDIA Shield Experience Upgrade 8.2.2 release notes as well.