The Realme X and Realme XT launched back in 2019 with Android 9 Pie on board and are now in line to receive the update to Android 11 with the company’s Realme UI 2.0 skin on top.

Both devices are scheduled to join the Realme UI 2.0 Early Access program in the second quarter of the year and would get the stable update after the beta testing ends.

While the update to Android 11 is still far away, Realme regularly seeds monthly security updates for most of its devices.

And with the latest January update for the Realme X and Realme XT, the company has brought a host of bug fixes besides the December/January security patch.

For starters, it fixes the bug that causes two cancel buttons to appear when the input box is clicked multiple times in the Weather app. The update also addresses the “abnormal system permission acquisition” issue when the Radio is turned on.

Besides that, Realme has fixed the issues wherein the Bluetooth scanning was not functioning, the alarm clock was crashing when entering details, and VoLTE was not registering on the devices.

Last but not the least, the bug which prevented users from playing HDR videos in the default Photos application has also been fixed with the latest update.

Apart from the bug fixes, the January update also brings a couple of new additions and the merged December/January patch to the Realme X and Realme XT as we had mentioned earlier. The changelog for the two devices is identical and you can check it out below:

Security
– Updated Android security patch: December 2020 & January 2021
Settings
– Added short-press the power button to turn off flashlight feature while screen-off
Apps
– Fixed the issue that two cancel buttons appear when the input box is clicked multiple times in the weather
– Fixed the issue of abnormal system permission acquisition when the radio is turned on

Like most other software updates for Android phones, this update is rolling out in phases as well and thus may take a few days to arrive on your unit.

That being said, stay tuned to our dedicated tracker to know more about the status and availability of Realme UI 2.0 based on Android 11 for all eligible devices. 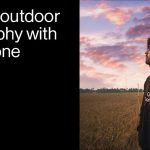