Xiaomi has now released an Android 11 beta build for the Redmi Note 9 4G that was launched recently in November last year. This is in conjunction with two other devices – namely Redmi 9T and Redmi 9 Power.

Needless to say, the above-mentioned models are actually the same phone but sold under different names for different markets. This is apparent from the fact that the 3 variants have exactly the same design and the same chipset – Snapdragon 662.

Moreover, this comes while the Redmi Note 9 4G’s Poco counterpart called the Poco M3 is yet to receive the update. Guess we have a winner in the sibling rivalry in this case.

Xiaomi had also announced last month that the Android 11 update was underway for several of its devices, including the aforementioned of course.

That said, the download link for the released build has been given below just as promised.

Keep in mind though that the above may not be installable for all variants of the Redmi Note 9 4G as it is a part of the closed beta testing. Hence, you may bump into error messages when trying to install it.

However, if you actually do own a Redmi Note 9 4G, then the chances of a successful Android 11 beta update installation are much higher.

Anyway, if you are interested in the update status for your device, then be sure to go through our dedicated Xiaomi Android 11 update tracker.

Also, you will be pleased to know that the Redmi Note 9 4G, along with its regional variants, is slated to receive MIUI 12.5 stable soon. For more info, check out our MIUI 12.5 update tracker. 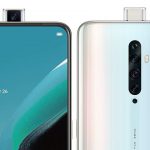