Over the years, Samsung has improved and refined its in-house skin over Android by a considerable amount, and One UI is now considered to be one of the best Android skins by many.

Matter of fact, OnePlus appears to have taken some inspiration from Samsung’s skin for its OxygenOS 11 update by tweaking the UI to make it more one-hand friendly. More on that here.

One UI is fairly customizable and the latest One UI 3.0 skin based on Android 11 brings a few more customization options to the table.

Samsung even allows users to take things up a notch with Good Lock and its modules that allow users to revamp the UI and certain functions even further. However, with every major Android update, Good Lock stops working for a couple of months until Samsung manages to add support for the new Android version to the app and its modules.

So after installing the One UI 3.0 update on their phones, users noticed that the LockStar, QuickStar, Task Changer, MultiStar, NavStar, NotiStar, and EdgeLighting+ Good Lock modules no longer work as per a report.

At present, most information shared online indicates that Samsung will be adding Android 11 or One UI 3.0 support to Good Lock and its modules in February next year.

This news might be disappointing to some users considering the fact that Samsung has begun rolling out the One UI 3.0 to a few eligible models already.

But you may not have to wait all that long since new developments indicate that Samsung might be bringing One UI 3.0 (Android 11) support for Good Lock and its modules next month itself.

This information comes from a comment made by a Samsung Care Ambassador who responded to a user’s complaint about Good Lock not working after updating to Android 11.

Good lock is not updated to work with Android 11/ One UI 3.0 as of yet. It will be updated in January.

While this comment should not be taken as an official confirmation, it does indicate that Samsung might update most — if not all — Good Lock modules with support for the Android 11-based One UI 3.0 skin by next month.

Considering the fact that there are only a few days left for December to end, it’s likely that users may be able to use Good Lock to customize their Samsung phones on One UI 3.0 sooner rather than later.

As always, we will continue to keep track of the situation and will post an update once new details emerge.

In the meantime, stay tuned to our dedicated tracker to know more about the status and availability of Samsung’s One UI 3.0 skin.

09:54 am (IST): Samsung has indeed updated Good Lock and some of its modules such as Theme Park, Nice Catch, One Hand Operation+, and Quickstar with One UI 3.0 (Android 11) support as we speculated back in December.

The announcement was made by a moderator on the company’s Korean community forum. Apart from some of the new features and functions, the main Good Lock app is also redesigned slightly. (Via)

Samsung Galaxy users on One UI 3.1 can confirm that the latest Good Lock module brings back the Task Changer module. The module stopped working after the One UI 3.1 update, but reports can confirm it is back live.

Unfortunately, the Task Changer is now part of the Home Up feature, meaning interested users will have to update the latter to the latest version 2.0.01.9 or later.

[Update: Live in the Netherlands] Sony Xperia 5 II Android 11 update rolling out in Europe and Asia 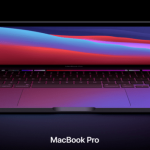