We have seen all manners of partnerships in this smartphone industry. There have been Porsche Design smartphones, we’ve seen movie edition from Samsung, Football club phones from Oppo and Tecno and so on.

We’ve also seen Google partnering with various ‘competing’ OEMs for the company’s Google Nexus line of smartphones, a partnership that seemingly had rotating membership each year.

Those devices were revered by many as the true Android experience, akin to what we see today as the Google Pixel line of smartphones.

It is, therefore, interesting for various reasons, to hear of the prospects of a partnership between one of the most hardcore enthusiast brands we have today, OnePlus, with Google.

Well, thanks to the power of social media, this might not be a far-fetched idea after all!

What started off as a simple tweet from Vlad Savov, the Editor for Bloomberg technology, might have just set the ball rolling on arguably one of the most interesting partnerships of all time.

Right now, I do not think there is a better Android experience than on the @oneplus 8t. The interface, the animations, the smoothness, the display, chef’s kiss. Google’s Pixels: excellent cameras, dubious everything else. OnePlus phones: excellent in everything but the camera.

Personally, I’d lock @lockheimer and @PeteLau in a room and not let them out until they agree to do an OnePlus-Pixel collaboration.

What followed wasn’t something anyone really expected. OnePlus’ CEO Pete Lau proceeded to ‘reach out’ to Hiroshi Lockheimer (SVP, Google) and then Pete responded with this.

I think you’ll like what’s in store for next year.
Source

And just like that! The seeds of prospects had been sowed and the fanboys went to town with ideas of how this partnership could materialize.

A section of users pictured a future with OnePlus devices running Pixel software while others imagined Pixel devices running OnePlus’ OxygenOS, a skin that’s been praised for its feature-rich yet clean nature.

It remains unclear what sort of partnership we should expect from these two greatly endeared brands seeing as the old Google Nexus style of partnership is out of the question owing to Google’s Pixel line of phones.

We shall continue to keep an eye on this and update as and when we get any new info so stay tuned to PiunikaWeb for more.

NOTE: We have these and many more Google and OnePlus stories in our respective dedicated sections. 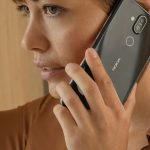 [Update: Jan. 19] Nokia Android 10 update tracker: All devices that have received the OS so far 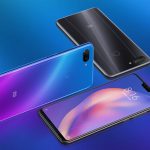