Samsung Galaxy S10 series Android 11 (One UI 3.0) update is now up for grabs in India The wait is finally over! Following a long beta testing phase, the One UI 3.0 update is finally up for grabs for the Galaxy S10 series in India.

This comes after the Android 11-based beta update had been released almost a couple of weeks ago for users on One UI 2.5.

It is worth mentioning here that those who enrolled in the S10 series One UI 3.0 beta program, or any Samsung device’s beta testing for that matter, usually get the update a few days after the users on the stable builds.

Due to this, several users in other regions on stable One UI 2.5 had already received Android 11. But now, users on the beta version are beginning to receive it as well.

This is apparent from the listing on Samfrew.com where the firmware is already up for you to download along with installation instructions.

The update carries a size of around 142 MB for ones already on the latest S10 series One UI 3.0 beta.

And as for the ones coming from the stable One UI 2.5 version, it can touch a size of 1.9 GB. It also brings forward the January 2021 security patch, if you aren’t already on it.

For a recap, One UI 3.0 is the latest version of the company’s Android skin which brings about several new features that were already a part of Android 11 like a redesigned notifications layout and the like.

This is in conjunction with a range of other Samsung-specific additions like always-on display and lock screen tweaks, new alerts and bubble support, and some fresh animations.

Samsung had commenced the One UI 3.0 stable rollout with their flagship S20 lineup back in December. Following this, the update was made available to a bunch of other eligible devices.

The Korean company may have not been the first to release Android 11 for its devices but is definitely one of the quickest to roll it out to several eligible phones.

You are free to look up that info and more through our dedicated One UI 3.0 update tracker.

Special thanks to Jijo Mathew for the tip. 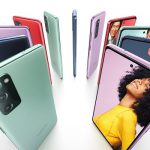 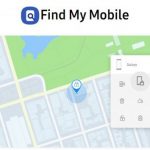