Samsung is on its heels rolling out the One UI 3.0 update to eligible devices across the globe. The Samsung Galaxy S20 variants were the first to pick up the company’s new skin based on Android 11 in December.

Cut to now, the update has already been released for other devices such as the Galaxy Note 20, Galaxy S20 FE, Galaxy Z Fold2 5G and others. As for devices that are yet to get the update in any region, the South Korean giant has already shared its plans for the availability of the Android 11-based skin in several countries.

However, Samsung is one-upping itself by rolling out software updates ahead of its own schedule. And it seems this will hold true for a handful of devices based on recent developments.

According to information shared by a Turkish website dedicated to Samsung, the One UI 3.0 update will go live for the Samsung Galaxy A51, Galaxy M21, Galaxy M31, Galaxy Note 10 Lite, and Galaxy Tab S7/S7+ in February.

To be more specific, these are the planned dates for the rollout of One UI 3.0 for the aforementioned devices:

As you can see, all these devices are slated to get the update sometime between February and March this year.

Of course, this information shared is for the Turkish variants of these devices. However, it’s likely that we may see the update go live in other regions in Europe around the same date.

Devices such as the Galaxy A51 and M31 are officially slated to bag the update in March. But like we mentioned earlier, the company has been seeding updates earlier than expected. Therefore, we’re looking forward to Samsung rolling out Android 11 along with its One UI 3.0 skin to the Galaxy A51, Galaxy M21, Galaxy M31, Galaxy Note 10 Lite, and Galaxy Tab S7/S7+ next month.

The company’s One UI 3.0 skin will bring a bunch of new features to these devices including the Second Screen function for the Galaxy Tab S7 and Tab S7+ that the company marketed during their launch.

Having said that, we will continue to keep track of the situation and will post an update once new details emerge.

In the meantime, be sure to check out our dedicated tracker to know more about One UI 3.0 and its availability for all eligible devices from Samsung.

01:10 pm (IST): It appears that even the Samsung Galaxy XCover Pro will get the One UI 3.0 update based on Android 11 between February and March according to Güncelmiyiz.

03:40 pm (IST): Samsung has released the Android 11 update along with the One UI 3.0 skin for the Galaxy Note 10 Lite ahead of schedule. The update is rolling out for users in France. A Redditor has also confirmed the same.

10:32 am (IST): The One UI 3.0 update is finally rolling out for the Samsung Galaxy A51 following the beta testing program.

It carries the February 2021 security patch, has a firmware version of A515FXXU4DUB1 and is rolling out to Russian units only as of now now. Other regions should receive it as well.

01:13 pm (IST): Samsung has started rolling out the One UI 3.0 update based on Android 11 for the Galaxy XCover Pro in many regions including the UK and Germany. 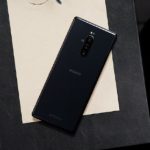 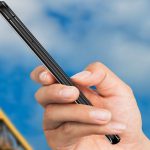