The problem is not just limited to a particular app, as users have faced it on YouTube Music, Spotify, several Podcast apps, and the like. @madebygoogle Hello. The last 2 times there have been Android updates for my Pixel 3A you made it so youtube music stops when the screen sleeps. I can lock the phone and it will continue for about 4 seconds until it goes dark. Last time I changed a battery setting which helped
Source

Such complaints seem to have emerged only after the Android 11 update, as there were virtually no reports of the issue prior to this, on Android 10.

In this bug, the Pixel’s audio playback either gets really choppy after a screen lock, or stops altogether within a few seconds. Oddly enough, proper playback gets restored almost immediately after an unlock though.

Moreover, the issue seems to plague all modes of playback which includes headphones, speaker or through some Bluetooth device. 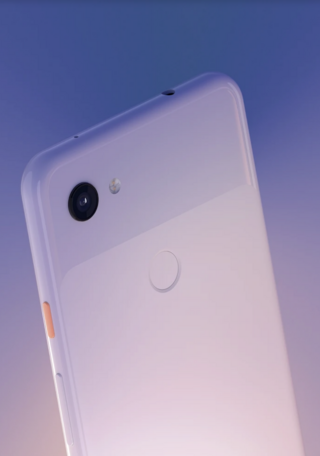 The Google Pixel 3a

Now, the most obvious suspect behind such a case would be an overly aggressive doze system that kills the media app as soon as the device sleeps. However, Android’s doze mode doesn’t usually kick in at least until a few minutes have passed.

The doze mode also doesn’t explain why audio gets choppy sometimes instead of stopping completely. Hence, the culprit is likely something else.

Several users have indicated that the issue could be linked to Google Assistant.

Hey y’all, not sure if this is a fix—still waiting to see if it’s going to act up—but so far, turning off the Google Assistant seems to have fixed the problem for me.
Source

I have the same issue and was driving me insane. I followed the other advice on here and turned off the Google Assistant and so far it’s working! It’s a shame though because I do use Google Assistant quite a bit and I shouldn’t have to choose between them. I hope this is resolved soon…
Source

To do the same, you need to first open up your Settings app. Next head over to Apps & notifications > Default apps > Assist app > None. Alternatively, you can disable the Google app entirely. It is not recommended though.

It could be possible that Google Assistant is causing some kind of interference with audio playback on the Pixels. It is worth noting here though, that there have been no reports of the same from the Google Pixel 5.

If that does not work, then you can try the official workaround given by Google in response to a complaint for the same issue on Twitter:

On your Pixel go to Settings > Apps & notifications > Advanced > Special app access > Battery optimization > All Apps > Scroll down to the app you’d like to exclude > Don’t optimize > Done. Let us know if that helps.

And that’s all for now. Be sure to also check out a similar issue we had covered earlier relating to Bluetooth playback issues on the Pixels.

Lastly, let us know in the comments below if the annoying issue where media stops playing after the screen lock on some Pixels was fixed by the above workaround.

Also, check out our dedicated Android 11 bug tracker for more coverage on such issues.

A Product Expert has claimed on the Pixel Phone Community that the issue is at Spotify’s end. However, this certainly doesn’t seem to be the case considering the fact that the problem is persistent across other media apps.

This is actually a spotify issue, not a pixel or android issue. Its spotify’s responsibility to make sure it works with Android updates not the other way around.
Source

But it’s not just Spotify, it’s multiple apps. How pompous of Google or anyone to say it’s multiple platforms at fault instead of their one update.
Source