[Updated] Google Pixel (or other Android phones) stuck on older Google Play system update a known issue; no fix in sight (workaround inside)

Plenty of Google Pixel users are reporting that their Google Play system update is stuck at a particular month and that there’s seemingly no way to update to the latest version.

Also while most complaints have originated from Pixels, there is plenty of evidence that points towards the issue being present on other Android devices as well – like OnePlus and Samsung.

My S20 Plus Exynos Unlocked device is fully updated to December 2020 and Android 11 installed. The problem is google play system update stuck at September and it says device up to date after I checked the update manually. Is it really the latest version or is it just my device needs some adjustments?
Source

The phone has the latest (November) security update for the OS. However, the Google Play system update is somehow stuck at September, even though it prompted for reboot twice so far.
Source

For a quick recap, Google Play System Updates were introduced in Android 10. The Android version brought about several changes and one of them included Google identifying 13 core components and creating modules from them.

These modules can be directly updated by Google as and when required.

The biggest advantage of this was that OEMs, which are typically slow when it comes to updates, no longer are responsible for rolling out security updates. Instead, Google can now directly send out crucial security fixes through this implementation.

But as already apparent from the above complaints, this important feature isn’t working well for certain users.

Also, while it’s difficult to ascertain how widespread the problem is, it is not unsafe to say that quite a bunch of affected devices are now vulnerable to various exploits.

However, the good news is that the bug has been acknowledged and already been escalated by a concerned Product Expert. This is clear from a comment left by them on the Pixel Phone forums. For what it’s worth, my Pixel 5 is also stuck on the October GP system update. This has already been escalated and they know that something needs to be fixed.
Source

And while we all wait for a fix (I myself am affected by this issue), there is a workaround available to force Google Play system updates to the latest available version.

A few OnePlus users were able to manually download the Google Play system updates components and install them to success. You can do the same by visiting this link and downloading the latest version.

This will surely work on other devices too. Try the same and let us know in the comments below if it helped.

Also, be sure to check out our dedicated Android 11 bugs/issues tracker for further coverage on matters like these.

Several Pixel users are now receiving the latest December Google Play system update after being stuck on October for a while as per this Reddit post:

Just checked Google Play system update and got Dec 1 update on my 4XL. I got it weeks ago on my 3XL, but it had been stuck on Oct 1 on my 4XL. And the Dec 1 version arrived on my 4XL today. Maybe a wide rollout started? Check yours! This recovers the Wireless Emergency Alerts settings to the normal one.
Source

While it’s unclear if the issue has actually been fixed, this still is good news. 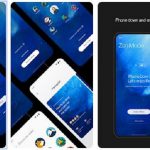