Fossil is a popular enough name when it comes to traditional watches. But for the past few years, it is also one of the few watch manufacturers that has consistently launched smartwatches based on Wear OS by Google.

And one of the company’s better offerings includes the Fossil Sport smartwatch that was launched in November 2018. The wearable was one of the first to make use of the Snapdragon Wear 3100 chipset which promised better performance and battery life than its predecessor. Since then, Qualcomm may have launched the new Snapdragon Wear 4100 and 4100+ chips to juice the next-gen watches, yet the 3100 continues to be decent enough.

Nevertheless, there’s now some fresh bad news for users of the smartwatch. As per a screenshot shared by a Redditor about their correspondence with Fossil U.S. recently, the Fossil Sport, quite sadly, is not receiving the Wear OS H-MR2 update.

Q. Will the Fossil Sport get the most recent H-MR2 Wear OS update? The ability to change the screen timeout would be appreciated.
A. The Sport will not be receiving the H-MR2 update.

The Wear OS H-MR2 update has been claimed by Google to bring a string of improvements and one of them is the ability to launch apps up to 20% faster than before.

This may not sound like much on-paper, but considering the fact that poor performance has been one of the key complaints about Wear OS-powered wearables, it would’ve been great if Fossil had actually provided the update in order to squeeze as much performance as possible out of the little guy.

Moreover, the company did not really give a reason for this decision but a few users speculated that it is because of the fact that the Fossil Sport offers only 512 MB of RAM as opposed to its Gen 5 watches which offer 1 GB.

However, it is important to note here that the H-MR2 update is only incremental in nature and does not really bring much to the table. Fossil could’ve released it for the Sport if they wanted to, but they simply chose otherwise.

Or maybe the company is planning to jump directly onto the upcoming major Wear OS update that will be based on Android 11. Only time will tell if this truly is the case. 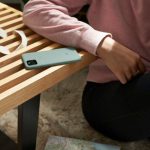 [Update: Released, download link available] Redmi Note 6 Pro MIUI 12 update could arrive at the end of September or in October