Xiaomi recently unveiled a major iterative update to the 12th version of its custom Android skin MIUI. This update bumps the version up to MIUI 12.5 and brings along with it a plethora of new features and optimizations.

And since most of MIUI system apps are not listed on Play Store (which makes sense considering that most Google services are simply not available in China), updates for them are pushed with MIUI’s ‘System apps updater’.

And other changes are enabled through MIUI system updates themselves.

Typically, OEMs update their in-house apps to fit the needs of a new firmware and this is what Xiaomi is doing with the MIUI Gallery app with respect to the latest MIUI 12.5 update.

The app’s latest update has only been rolled out in China for now and it brings a plethora of changes and features like new filters and plenty more editing options, just in time for the arrival of the first weekly beta update.

The full Changelog for MIUI China Gallery App V2.2.17.18 is given below:

These changes should come to the MIUI Gallery app on global ROMs at some point too, but it’s unknowable as to when that ‘point’ is.

But of course, global users can try the APK manually, although some features will obviously not work accordingly since this version is designed for China.

Nonetheless, if you cannot wait to get your hands on it, then visit this download link on APKMirror.

The Gallery app isn’t the only one bringing along a ton of changes to the table with an update, as MIUI Launcher too has got a fair share of fixes and optimizations for a more seamless experience.

While highlights include fixes for Gaussian blur and other things in the recent view along with gestures optimizations, the full changelog is given below, just in case you are curious enough.

1. Fixed the return from app gesture when the desktop icon layout is not loaded Back, return the problem of the wrong location;
2. Optimized the sliding freeze of recent tasks;
3. Fix the crash of Xiaomi classmate classification icon;
4. Fixed the problem of Gaussian blur and flickering when entering the recent mission;
5. Modify the bug of incomplete display of folder thumbnails;
6. Fixed the problem of not closing the keyboard when exiting the folder name when editing the folder name;
7. Fixed the invalid gesture caused by screen turning;
8. Fixed the problem that gestures fail when opening small windows;
9. Fixed memory leak;
10. Optimized dragging layered icons to let go and freeze
11. Fix the abnormal display of recent tasks;
12. Optimize the freeze when uninstalling apps;
13. New desktop, press the menu button to enter the animation of recent tasks;
14. Modification Only Gaussian blur is supported in the default search box style;
15. When modifying the desktop sliding, desktop seekbar and add;
16. Fixed the error caused by sliding after unloading the application;
17. Fix androidR entering recent task from horizontal screen app
Sliding the card during the process, the direction of the card scrolling is wrong;
18. Fix occasional crashes.
(Translated from Chinese)

Hopefully, these releases will soon be rolled out for global users too.

In the meantime, you can check out our dedicated Xiaomi section as we have more such stories over there. 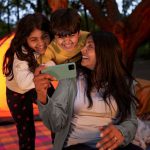