Samsung has been all over the place rolling out software updates left, right, and center within the past couple of months.

The latest the South Korean giant has to offer in terms of software is its brand new One UI 3.0 skin which is based on Android 11.

Samsung has already released the stable One UI 3.0 update for devices such as the Galaxy S20 series, Galaxy Note 20 series, and the Galaxy S10 Lite.

Matter of fact, all these devices bagged the update ahead of schedule and now it seems another duo is picking up Android 11-based One UI 3.0.

As the title suggests, we’re talking about the Samsung Galaxy Note 10 and the Galaxy Note 10+. The duo was originally expected to get the update to Android 11 in January. But as we mentioned above, Samsung appears to be on a roll and has released One UI 3.0 earlier since it appears that Galaxy Note 10 and Galaxy Note 10+ users in Germany have begun receiving the new software.

The rollout of the new software has been captured by a couple of firmware databases (1, 2) dedicated to Samsung. Like most airborne software updates, this too will be available in stages and thus you should expect to get the update notification soon if you haven’t already.

At present, all details point towards the update only being out in Germany, however, it’s highly likely Samsung will begin seeding the update to One UI 3.0 (Android 11) on the Galaxy Note 10 in other regions soon.

Unfortunately, we haven’t got our hands on screenshots from users confirming the same which indicates that the update has only just started rolling out.

Of course, we will continue to keep an eye out for any further developments and will post an update if and when we receive confirmation from users.

In the meantime, you can stay tuned to our dedicated tracker to know the status and rollout details of the One UI 3.0 update for all Samsung phones that are eligible for the new Android version.

06:40 pm (IST): It appears that the One UI 3.0 update for the Galaxy Note 10+ 5G is live in Switzerland and Spain. This time around a screenshot of the same is available and we’ve added it below:

06:55 pm (IST): After Spain and Switzerland, the Android 11-based One UI 3.0 update is live for Samsung Galaxy Note 10 in Saudi Arabia. The info about the latest OS update for the device in question comes from Twitter. 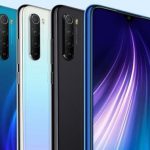