[Update: Unlikely to be activated] Will One UI 3.0 (Android 11) update enable eSIM support on Samsung Galaxy devices in U.S.? 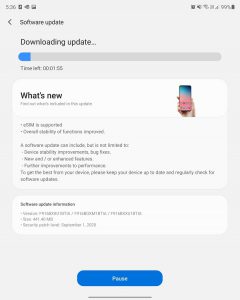