Android 11 has been officially out since September. As more and more OEMs continue to roll out stable versions of their respective Android 11 custom skins, a few issues have been noted across the board.

We’ve been following many of the reported issues on Android 11 and are following them closely to see when and if they’ll get addressed by relevant parties.

OnePlus was among the very first OEMs to officially update one of its devices to Android 11. The stable OxygenOS 11 build for the OnePlus 8 series of devices has been out since back in October.

But OnePlus’ OxygenOS 11 hasn’t been spared either by the gods of bugs as there have been a few too many issues reported by users running this Android 11-based custom Android skin.

Some of the issues afflicting OnePlus 8 users on Android 11-based OxygenOS 11 include the ‘System UI not responding‘ issue, issues with Game Mode among others.

Today, we cover yet another issue, this time surrounding the SMS functionality that seems to be afflicting a good number of OnePlus 8 and OnePlus 8 Pro users following a recent update.

According to a section of OnePlus 8 and OnePlus 8 Pro users, their devices have developed various SMS-related issues following the recent OxygenOS 11.0.2 update.

I am using OnePlus 8 with Airtel sim here in India. My incomming sms are delayed by 10 to 15 mins and not able to send sms without waiting. Have put the same sim in my huawei handset and not having any of these issues. SIM is working perfectly. Having these issues only in OnePlus 8. Any solution?
Source

One user says he was able to send and receive messages without issues when in Safe Mode. But this is no way to use your phone now, is it?

Currently I have issues I am unable to send sms on my OnePlus 8 pro unless I restart my phone and even then only for an hour or so and it goes right back to stuck on sending….
Source

This has been reported across various regions including the U.S and India and various carriers such as Verizon, T-Mobile in the US, and Airtel in India among others.

Switching to other SMS apps such as Pulse and Google’s Messaging app on these affected devices also doesn’t seem to yield any relief.

Even with all these issues, being reported, at the time of writing, OnePlus was yet to issue a formal acknowledgement to this issue or offer affected users a viable workaround.

In the meantime, affected users might want to uninstall the Carrier services app as that’s been seen to work for some users.

Some users are saying that deleting the Google Carrier Services app helps with this issue.

We shall continue to keep an eye on this and update as and when we get more info so stay tuned to PiunikaWeb for more.

04:40 pm (IST): It appears that the problem is indeed caused by the Google Carrier Services app as highlighted by a community expert on the OnePlus forums too.

Further, it’s worth mentioning that in some cases, you will not be able to uninstall the Carrier Services app completely, as pointed out by a community expert on the OnePlus forums.

However, you can still uninstall the latest updates from the app to fix the problem. Here’s a quick guide on how to do so:

09:35 am (IST): Google is rolling back the Carrier Services v50 update which led to the SMS messages issue. The app is being downgraded back to v48 as per a report.

05:20 pm (IST): The OxygenOS Open Beta 5 update for OnePlus 8 and OnePlus 8 Pro has been released recently. The update brings along a bug-fix for the delay in receiving text messages/SMS issue.

The latest Open Beta update also includes the December security patch along with a bunch of fixes for other issues. Head over here for the update changelog and more details on the OnePlus 8 series Open Beta program. 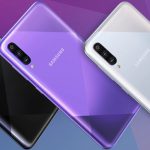