Our modern smartphones are pretty smart, spotting sensors that allow them to do things ever so subtly that we don’t even think they’re doing in the background.

Take the built-in proximity sensors, for instance. They allow your device to know when the display is close to your ear during a call and turns off the display.

This means that you don’t have to worry about accidental key-presses on your screen when you’re on a phone call. Pretty nifty.

This same ability comes in handy when your device is in your pocket and not being used. To prevent accidental touches to your display, modern devices like the OnePlus 8T often go into ‘Pocket mode’.

In this mode, the device ignores all screen presses as they are most likely accidental. Some devices or rather vendors have alternative names for this mode such as ‘Inadvertently mode’.

Sadly, it seems as though users of the OnePlus 8T are facing an issue with their devices’ Pocket mode. According to affected users, the device gets stuck in this mode despite not being in the pocket.

For some reason the OnePlus 8T is having a hard time registering that I’m trying to unlock my phone and it always shows me pocket mode screen when it’s obviously not in my pocket. It’s hindering me from unlocking my phone and picking up calls. Is there any way of recalibrating this? When I had the OnePlus 6, it wasn’t nearly as bad as this.
Source

Affected users (1,2) report that this happens even when their displays are clean and there is nothing covering the proximity sensors.

My phone always stays in pocket mode. My screen is clean, did a reboot and a clean install. Running the latest firmware.
Source

Others note with concern that the device remains stuck in Pocket mode when a call comes in. This, therefore, means that there is no way to answer the call as the display is unresponsive in Pocket mode.

Sometimes during the call it does not exit pocket mode after taking the phone from pocket, there is no possible way to receive call until it gets disconnected and call back to the person.
Source

The issue has since been brought to the attention of OnePlus and a staff member notes that they’ll work on the reported issue.

We’ll definitely work on the issue reported and we’ll do our best to help you. We’ve got in touch with you via direct message. Looking forward for your response!
Source

With that, affected users might want to sit tight and look forward to this issue being resolved at some point.

This adds to the ever-growing list of OnePlus 8T bugs and issues, many of which we have highlighted and keep a detailed log of. 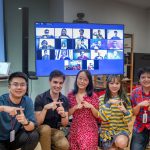