Fitbit Sense & Versa/Versa 2 keep restarting randomly for many users, fix in the works

Several users are reporting that their Fitbit Sense and Versa/Versa 2 smartwatches keep restarting randomly on their own.

This is causing a huge inconvenience for fitness freaks, or any kind of users for that matter, as it results in bad or missed readings. There have been plenty of complaints on the Fitbit forums to confirm this.

Mine is doing this too. Had it less than a week and it’s rebooting on average at least 5 times per day.
Source

The cause behind the random reboots is difficult to ascertain as they occur during various activities throughout the day or even when the wearer is asleep.

The problem is particularly bothersome whilst performing workouts, as it affects the watch’s workout recording. This results in incomplete or bad readings.

And if it weren’t for the fact that the watch vibrates slightly during each reboot, the issue would go unnoticed for most users.

A user did mention though that a button on the smartwatch was being mistakenly pressed during sleep which caused the reboots for them.

But this is not applicable to most others who have emphasized that they have been really careful about the button and it’s impossible for it to falsely register presses.

This point is further strengthened by the fact that many users have noticed the watch reboots while they are sitting idle or performing no activities at all, or even when the watch is lying untouched.

I’ve seen mine reboot while I’m sitting on the couch watching TV or typing an email at my computer. It happens about 5-6 times a day. The most annoying part is that I need to re-pair my phone with it every time in order for it to sync properly.
Source

So the issue does seem to be a genuine one and not due to false key presses as initially thought.

Random restarts aren’t the only problem plaguing the Fitbit Sense though, as there are also a couple of reports about the watch freezing constantly.

Mine is constantly freezing and have to force a restart. It’s normally during an exercise or here lately randomly. Not a very reliable product for the hype they noted with it
Source

Also worth mentioning is the fact that several firmware updates have been released after initial reports about the issue but none addressed the problem.

What to do if your Fitbit Sense keeps restarting

At this point, the best solution seems to be getting a replacement for the restarting issue on Fitbit Sense if possible.

This is because of the fact that several users (1, 2, 3) have opted for one and have ever since seen no trace of the issue being present on the replacement unit.

And if you are one of the users unable to avail a replacement, then your best bet would be to wait for a fix. The matter has reportedly been escalated and it does appear that Fitbit is working on a fix.

Fitbit seems to be aware of the problem. I received an email from their support saying, among other things: “Thanks for letting us know about this issue. We’re currently working to resolve it and hope to have a fix soon.”
Source

However, given the fact that a replacement has fixed the issue for many, the problem does appear hardware-related. And if the user reports are to be believed, it is quite odd that Fitbit is allegedly working on a software update.

The Fitbit Versa/Versa 2 smartwatches are facing similar random restarting and freezing issues, as clear from the below comment.

My Versa restarts every five seconds. My watch will turn on and the logo will display. Once it’s up the screen freezes and i can’t do anything. Within a few seconds it restarts. It has restarted over 50 times within an hour.
Source

There is a workaround for this that has worked for many:

If you go to your settings and click on “screen wake” and then change the setting to manual, it fixes the problem. You’ll just have to press the button to wake your screen when you want to check your watch, but it’s a way better option than having the heart rate monitor fail and cause restarts several times a day. Now my battery actually lasts four days, whereas before, I was lucky to get to the end of a single day without having to charge it. The firmware update must have messed up the ‘auto wake’ function.
Source 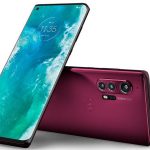 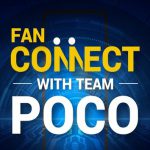