Google released Android 11 on September 8 and it has proven to be a refinement over the previous version rather than a huge revamp.

A good example can be seen in the reorganized Do Not Disturb (DND) menu on Google Pixel devices.

DND Schedules which let you set time slots for when it is on, gets its own partition while the default duration and notification restriction items have been moved to the bottom.

That being said, it does not come without a set of bugs and issues. Multiple Google Pixel users are complaining about a broken DND (Do Not Disturb) on official Google support forums and Twitter now.

The issue seems to be that the phone does not ring even after allowing interruptions from contacts. The phone rings just fine when DND is off but does not ring when a contact or a starred contact calls.

Okay, I’m on Android 11 now (Pixel 3a) and they’ve changed Do Not Disturb mode and it doesn’t work? That is — I recreated my old setting for it, which was DND on most of the time with a few exceptions, but the exceptions don’t seem to actually function. Please advise.
Source

This bug seems to plague the entire Pixel line-up that has received the Android 11 update and the Google support chatline does not seem to be helping the users with this.

The workaround to the issue seems to be turning on the “Allow repeat callers” option as many people have reported that it worked for them. This enables starred contacts to ring on first call.

Now keep in mind that this will allow repeat callers to ‘disturb’ you but hey, at least the issue gets fixed for now.

I am having the same problem on my Pixel 4. I found a workaround posted on another site which worked for me and my wife:
Turn on “Allow repeat callers”. This enables starred contacts to ring on first call. Hopefully you will not have unwanted repeat callers that get through, but at least your starred callers will.
Source

Don’t worry though, because the issue has already been escalated and is awaiting feedback from the developers. We can expect them to address this issue pretty soon and let us know about the cause and provide a fix.

The previous major bug was related to multitasking. It occasionally caused users to not be able to switch to recents. This was fixed, however, in a monthly security patch update.

Google is known to be quick with fixes and it is safe to expect a similar fix for this bug too. It may be rolled out in the form of an update along with the next security patch.

If you have any other workarounds, then let us know in the comments below.

Google has released the November update for the Pixel devices and with it, a number of bugs and issues have been addressed. Matter of fact, the bug preventing ringer audio for starred contacts in DND mode has now been squashed.

Check out all the other fixes via the notable fixes list shared by Google below:

Apparently, the issue persisted for some users even after installing the November patch on their devices.

However, at least one individual has claimed that they aren’t experiencing the problem after installing the December patch on their device.

You can also check out our tracker page for more info regarding bugs and issues with the latest version of Android. 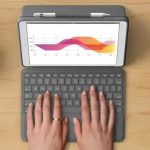 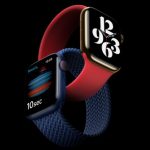