Apple iPhones are capable of many great things but automatic screen captures are definitely not one of them.

Quite irritatingly, several users have reported on the Apple forums that their iPhone is taking screenshots randomly on its own without any known reason to trigger such an action.

I would like to ask why this is happening. Iphone 11 takes random screenshots sometimes. i think it happens 5 times a day or worst 8 times. it only happen when i updated to iOS 14 lately. and there was 14.0.1 update thought it will fix the problem but it didn’t.
Source

My Xs max take screenshots by itself even when iam on the phone or not and the picture also be saved to the camera roll lots of time in a day. What should i do? :<
Source

The aforementioned occurs while typing or performing other assorted tasks for most users. However, plenty of complainants have also stated that the iPhone screenshots itself even while lying untouched.

Moreover, the issue takes place intermittently that may range anywhere between 3 times to 10-15 times per day.

While the complaints have mostly originated from the iPhone 11, it is not the only one facing the problem as there are plenty of reports from other iPhone models as well.

Users speculating that the cause behind the whole thing is actually a bug or even a malware of sorts can take a sigh of relief as it’s nothing as such.

The culprit is actually a new feature that was introduced in iOS 14 and can easily be managed by a simple toggle switch. From this, it can be rightly said that the problem has begun for most after the iOS 14 update.

What to do if your iPhone is taking screenshots randomly

The cause behind the issue is the Back Tap feature using which one can double or triple-tap the back of the iPhone to open up Control Centre, trigger accessibility-specific actions and much more.

This can also, of course, be used to take a screenshot.

It appears that users are triggering automatic screenshots by accidentally tapping the back of their phone during usage. And to work around the issue, you need to follow the steps given below.

Just head over to Settings > Accessibility > Touch, then scroll to the bottom for the Back Tap settings and make sure that it is off. You can also assign it to something other than taking screenshots.

Hopefully, that fixed the issue for you. Let us know in the comments below if it did.

Be sure to also check out our dedicated iOS 14 bugs/issues tracker for further coverage on matters like these. 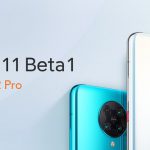