OnePlus is known for its smooth software experience and flagship devices. However, OnePlus users have been facing issues with wireless connectivity.

There are loads of reports from users of the OnePlus 7, OnePlus 7 Pro, OnePlus Nord, and more devices where users have clearly mentioned connectivity issues with Wi-Fi, Bluetooth, and mobile data.

Most reports outline that the connectivity issues started after the OxygenOS update version 10.3.6 whereas some reports indicate that problems are persistent even after subsequent updates.

The OEM has not yet addressed these issues but considering the large number of reports, OnePlus needs to address it on a wider scale.

As per the reports, users are facing random disconnection of all network services like mobile data, Bluetooth, and Wi-Fi.

It is unclear what is causing these issues but OnePlus Nord users reported similar Bluetooth issues way back in August for which the OEM also released an update with version 10.5.6.AC01DA.

However, users are still facing the said issues and OnePlus has not been able to provide any updates on what is causing these problems.

It seems that users will have to wait patiently as the OEM might be working on a fix to address the issues on a wider scale.

While this is still based on our speculation, we hope OnePlus provides a solution for wireless connectivity problems soon.

In the meantime, you can check out our OnePlus OxygenOS 11 (Android 11) update tracker as the OEM has been working on the latest OS update for quite some time. 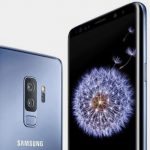