Android 11 has recently been made official and with that, the race is on to bring this new version of Android to eligible devices.

However, we know that no piece of software is perfect. Android 11 is no different as users have been reporting a number of bugs in this new version of Android. Check out our Android 11 bug tracker for more.

Of course, Android 11 is currently only available for a select few devices, mostly Google’s own Pixel line, and those are the devices whose users have been reporting this issue.

According to a section of Pixel users, the Navigation bar and the status bar both fail to disappear when using a fullscreen app such as a game or watching a video.

A quick scroll through the social forums and you’re bound to come across frustrated users facing this issue on native landscape apps.

A majority of the affected users are gamers, particularly those playing Call of Duty on their devices although this is not limited to this demographic.

its so disturbing while playing game, how many time to restart the game.
Source

On Reddit, it is the same case as affected users are voicing their complaints.

It turns out that this issue has been afflicting Android 11 even through the Beta program with little being done to address it.

In response to some of these user complaints on the forum, a Gold Product Expert says:

I haven’t noticed this on any apps. From the screenshot, it looks like you have this problem on only one app.
Are you seeing the same issue on other apps too?

If this is happening with only one app, it is ideal to contact the app developer and let them know.

And this could make sense. Is this issue caused by applications that have not been updated and optimized for Android 11? Is this one of the prices to pay for being an early adopter?

Regardless, complaints continue to stream in and we can only hope that Google, along with app developers, get to the root of this issue and get it addressed once and for all.

10:15 am (IST): Google released the December security patch along with a host of new features for the Pixels a few days ago. While many expected that the Navigation and status bar issue will be fixed by it, this does not appear to be the case.

Some users are claiming that the problem persists even after installing the latest update on their Pixels on this thread. NOTE: We have these and many more Android 11 stories here. 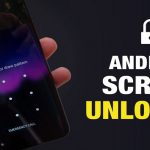 Some OnePlus 8T users unable to play PUBG at 90FPS even with option enabled, as per reports