Huawei started the development of its EMUI 11 update way back in September with the first beta update going live in early October in China.

Also, rumors of a certain Android 11-based EMUI 11 update surfaced in mid-October while the likes of Huawei P40, P40 Pro, and P40 Pro+ have already bagged the stable version based on Android 10.

However, the stable EMUI 11 update is only available for the Chinese variants of the aforementioned devices.

Now, the OEM has released the EMUI 11 update plan for its eligible devices on the open market across the globe.

As per the official roadmap, the latest update from Huawei will start rolling out in December 2020 but no exact date is mentioned.

While most of the aforementioned open markets will start receiving the EMUI 11 update in December 2020, some are expected to get the same from January 2021.

The Huawei P40 and Mate 30 series devices are among the very first to get the said update globally followed by the remaining devices which are expected to get the same by Q1 2021.

This means that the aforementioned devices might start receiving the EMUI 11 update soon, however, nothing is confirmed until the OEM finally starts pushing the latest update.

In fact, the rollout might be closer than we think, at least if the tweet below by the official global EMUI account is anything to go by.

Still, it’s worth noting that Huawei mentioned that the shared timeline for every open market will be updated from time to time.

In the meantime, you can check out our dedicated EMUI 11 update tracker to get the latest updates on the topic.

NOTE: There are more such stories in our dedicated Huawei section so be sure to go through it as well. 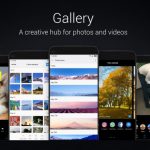