Users have been facing a string of issues with the proximity sensor on Google Pixel 4a during calls, especially after the Android 11 update.

And as a result, there have been plenty of complaints across the official Pixel Phone forums as well as Reddit regarding the same.

When I’m finished with a call & take the phone away from my head, the screen won’t light up, no matter what I do. I can’t hang up, check a text, etc
Source

As soon as I connect a phone call (w/o Bluetooth and w/o speakerphone), the screen turns off, just like it would if it detected my face in close proximity, but my phone is, say, lying on my desk unobstructed. Once the call is over, the screen turns back on. This started happening immediately after the upgrade to Android 11.
Source

While most complainants have stated that their phone stays off during the entirety of a call or even afterward, a few have also reported that the display stays on no matter what they do.

A reboot solves the issue though, but only for a while. And while the problem does not happen every time, it occurs often enough to be quite bothersome, hence the complaints.

Moreover, users have reportedly made use of apps like “CPU Info” to make sure that their proximity sensor isn’t faulty, only to find out that it works just fine. It’s only during calls that it occasionally malfunctions.

I just tested my proximity sensor with “CPU Info” app and it works fine. It’s definitely a software issue.
Source

You can do the same via this link. Simply head over to Hardware > Sensors and check if the “Proximity Sensor” options display the “Distance” values as 0cm when you cover the sensor with your hand.

So, the problem does seem to be software related since it can only be reproduced on calls.

Also, while most of the complaints are from Pixel 4a users, there are plenty more from other Pixel devices as well like the Google Pixel 4, 4 XL, 3, 3a, and even the Pixel 2.

However, all of the complainants using various devices agree on the fact that the issue only began after the Android 11 update, which further strengthens the opinion that the problem is indeed a software one.

There is not much you can do about the matter for now, apart from trying to cycle between locking and unlocking the phone once if you are unable to cut the call as this user has.

Hopefully, Google will address the proximity sensor issues on Google Pixel 4a and release a bug-fixing update soon.

That being said, be sure to also check out our dedicated Android 11 bugs/issues tracker for further coverage on problems like these along with their resolutions, if any. 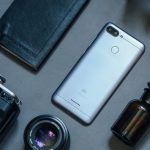