Not able to install macOS Big Sur update ("no update is available" error)? Here's what you should know Big updates going sideways is not something new. In the smartphone world, it is pretty commonplace for an OTA update to bring a few too many issues to eligible devices.

Well as it turns out, not even Apple is immune to this rather unfortunate yet common occurrence in the tech scene. 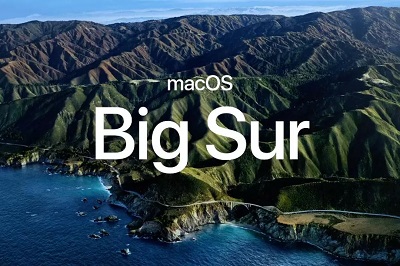 Sometime in mid-November, Apple officially rolled out macOS Big Sur, its 17th and latest major release of macOS. The successor to macOS Catalina.

This new operating system brought with it design elements and popular features from iOS, effectively building a more consistent user experience across iPhones, iPads and Macs.

Unfortunately, it wasn’t all rainbows and unicorns for all Mac users following the release of Big Sur. This, as users of older Macs started complaining of bricked devices.

Many of the affected users were owners of the 2013/2014 MacBooks and here are some of their dreadful reports of dead machines.

I have a late 2013 MacBook Pro 13. Tried updating to Big Sur install and noticed that after some progress bars the screen turned black. I turned it off after a couple of hours and after turning it back on it wouldn’t boot anymore. Screen turns on, but there’s no chime, fans don’t spin and i can’t get into recovery nor internet recovery. Tried resetting the NVRAM, SMC, connecting to an external monitor, nothing works. Has anything similar happened to anyone else?
Source

This is scary stuff as it means that users were basically locked out of their devices, permanently. From a simple software update straight from the OEM, this really sucked.

Presumably in response to this, Apple released a new update version 11.0.1. Following this update, users of these older MacBooks now report that they’re unable to install Big Sur on their devices.

I have a MacBook Pro late 2013 and when I look for updates in System Preferences I have nothing to update. If I try to install Big Sur by App Store I receive the following sentence:

update not found the requested version of macos is not available

I am very disappointed about this. All server status are on, the OS has been released 11 days ago and I have no VPN or other programs running that could create problems. Obviously I have enough space in the HD.
Source

As it turns out, users of these older MacBooks aren’t able to download the Big Sur update on their computers anymore. Apparently, this update blocked 2013-14 13″ MacBook Pros from installing Big Sur.

While not confirmed yet, it is highly likely that Apple did this to prevent more people from bricking their older MacBooks. Is Apple low-key admitting to this issue?

Insult to injury for affected users, Apple is not repairing the bricked Macs for free. Affected users have to drop a few Benjamins to get their laptops fixed by Apple.

And the story gets a little more desperate for these users. See, these are old Macbooks at this point. As it turns out, some people are being told that the logic board parts are no longer available in stock!

Users of these older MacBooks are, therefore, advice not to try installing Big Sur on their devices and Apple’s move to pull the update for these devices could be considered a safety measure.

Stay tuned as we’ll keep an eye on this story and update as and when Apple fixes this issue or makes Big Sur available again to these older devices.

You might also want to check out our coverage on other MacOS Big Sur issues and bugs in our dedicated tracker here. 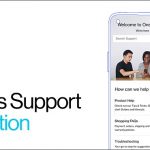