The Apple Watch is easily one of the best products Apple makes. Over the years, the Cupertino tech giant has refined the Apple Watch bit by bit which is why the Apple Watch Series 6 beats out just about every other smartwatch in terms of features and functions.

While Wear OS-powered watches have seen significant improvements as well, the seamless integration with iPhones, iPads and Macs is what makes Apple Watches stand out from the crowd.

Speaking of seamless integration, Apple has stepped up its game and has even developed CarPlay in order to offer iPhone users a hassle-free experience while driving their vehicles.

This just goes to show how the company puts in the effort to improve the user experience no matter what Apple product they own.

However, it appears that some Apple Watch users have run into an issue wherein the Watch is not ringing after using the wireless CarPlay function via their iPhones.

We’ve shared a few reports below from users describing the problem that they are facing.

The watch just updated to 7.0.2 and is now not displaying incoming calls but it is able to make calls? I reset the watch and it is still not working…. (Source)

Any update to this?? I have wireless CarPlay as well and it’s not working for me either. Sooooooo frustrating. (Source)

The problem appears to have been around for a few months at least since users began reporting about it after installing the iOS 14 and watchOS 7 updates.

Furthermore, at least one user who has installed the latest iOS 14.2 update and watchOS 7.1 has confirmed that the issue is still present.

I have an after market Alpine with wireless CarPlay and it happens to me also. iPhone 12 pro on 14.2 and Series 4 watch on 7.1. (Source)

But that does not seem to be the case here since it does not ring even after being disconnected from CarPlay. Hence, it’s likely that the problem is a result of a bug in iOS 14 rather than it being a watchOS 7 issue.

Even though CarPlay is a feature that is now supported by almost all major automobile manufacturers, most reports are from BMW owners. However, it’s likely that the issue is present for users with vehicles from other manufacturers as well.

Like with most other bugs and issues, Apple is yet to make any public comment on this. Therefore, even if Apple is aware of the Apple Watch not ringing issue after using CarPlay, we may not know until a fix is released.

That being said, until Apple comes up with a permanent fix, you may want to try out either of these two possible fixes.

Workarounds for Apple Watch not ringing after using CarPlay

1) Toggle off and on Bluetooth:

This possible quick fix will only take a few seconds, however, it appears to fix the problem for some users as highlighted by one individual:

You can just disable and enable bluetooth to overcome this issue. However It is really bad thing that you need to do it. (Source)

To toggle off and on Bluetooth on your iPhone, simply go to Settings and tap on Bluetooth, then tap on the switch to toggle off Bluetooth. Now, turn it back on and connect your Apple Watch if it does not connect automatically.

Some individuals claim that restarting their phone fixes the problem since their Apple Watch begins ringing as usual when receiving a call.

Finally a group having the same problems as me. Makes sense about the CarPlay. My only solution I finally figured out is to reboot the iPhone. Come on Apple – this is a big bug. I should know better by now to take major iOS updates too early. (Source)

Well, these are the two simple yet effective temporary solutions that you can try out to get rid of the problem in the short run.

Unfortunately, the Apple Watch may stop ringing again if you use the CarPlay feature. So you will have to resort to either of the two workarounds every time you exit your vehicle to ensure that your Apple Watch does not stop ringing when receiving calls.

We will continue to keep track of the problem and will post an update once new details emerge or when Apple rolls out a fix for the issue. Meanwhile, keep an eye on our dedicated tracker to know more about the bugs and issues on iOS 14. 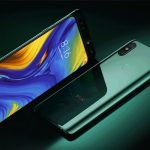 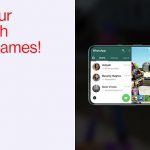