OnePlus as a company has been pushing the limits with numbers; most RAM, biggest battery, and so on. It has also been at the forefront of pushing fast charging to insane, physics-defying speeds.

Take the latest OnePlus 8T, for instance. The device packs a decently sized 4500mAh battery that charges at up to 65W with the company’s proprietary Warp Charge 65.

At a time when other devices come with 18-30W chargers, this is completely overkill. This means that the OnePlus 8T can charge from 0-58% in just 15 minutes and from 0% to fully charged in only 39 minutes.

But then of course, these are, for the most part, theoretical speeds and in real life, there is bound to be a little deviation from these advertised numbers.

Well, according to some of the users, their fast charging experience on their OnePlus 8T devices is nowhere near what’s expected.

They believe this is an issue with their devices’ fast charging feature as they’re only able to charge at about 13W.

I was using the OnePlus 8T but charging is slow taking more than 1 hour. After going through *#800# > tools > charger, I found that, phone is charging at 13.6W.

The affected user further explains that;

I was facing this issue from day 1 but I thought it was software bug. I performed factory reset, safe boot mode and even MSM tools but issue was there.

Admittedly, this is a pretty big disparity and there ought to be an explanation to the issue being experienced by affected users.

In response to this user feedback, a OnePlus staff member responded, noting that the issue should be addressed after the latest OxygenOS 11 update.

this issue should be resolved in the latest update for 8t. could you ensure the software build and oneplus apps are up-to-date?

Well, unfortunately, this doesn’t seem to be the case. Affected users note that their devices, despite having been updated to the latest OxygenOS 11.0.5.6, still can’t fast charge.

It remains unclear why this is the case and why the issue doesn’t seem to have been addressed already by the said update.

Also unclear is the extent of this issue as there aren’t that many reports of OnePlus 8T slow charging. Here’s to hoping that affected users get reprieve soon.

We are also following many other OnePlus 8T bugs and issues and you can check out our coverage of the same for more. 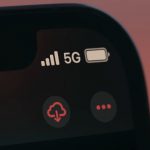