The era of the wired headphone and the 3.5mm headphone jack in smartphones in rapidly coming to a close.

This has led to the rise of a certain category of consumer tech, wireless earphones. These range widely in shape, sizes, price, functionality, and everyone seems to be hopping onto this hype-train.

Various OEMs have followed Apple to introduce their own version of the wireless earphones and OnePlus’ iteration of the same is the OnePlus Buds.

These buds are far more appealing to users as they bring OnePlus’ classic bang for buck strategy to this market and are far more affordable than most.

In order to manage and update OnePlus Buds and Buds Z, one needs the OnePlus Buds app installed on their phone. This app, however, is only compatible with OnePlus 6 and newer OnePlus phones.

Unfortunately, OnePlus Buds app compatibility and availability is an issue as apparently, the app is not freely available to all OnePlus users.

I have the oneplus 7t pro mclaren. I Don’t have an option to customize oneplus buds. Told need to update firmware for the buds. Also, there is no oneplus buds app on playstore for me?
Source

I have a OP8 T-Mobile Version on the latest update 10.5.17. Still can’t figure out how update my OP Buds. Does my phone not have this capability yet or am I doing something wrong?
Source

I am unable to download and make use of Oneplus Buds App on my Oneplus 7T Pro McLaren or my wife’s Oneplus 8 Pro from T-Mobile, what is the benefit of having a Oneplus device if not even the Oneplus Buds Z are recognizing them as such?
Source

These users who happen to mostly be T-Mobile OnePlus owners are reporting that they’re unable to connect their OnePlus Buds and OnePlus Buds Z to their devices using the official OnePlus companion app.

This, despite owning devices that should be supported by the OnePlus Companion app.

Luckily, there might be a workaround to this issue after all. See, OnePlus Buds would be pointless if they were exclusive to OnePlus devices. To cater to non-OnePlus owners, the company offers a different app.

HeyMelody is an app from OnePlus that allows users to set up, update and manage their OnePlus Buds and Oppo wireless earphones.

Since the OnePlus Companion app remains unsupported for users of T-Mobile OnePlus devices, HeyMelody could be their only available option for managing their wireless earphones.

It remains unclear why T-Mobile units aren’t supported or when this situation will get remedied, if at all. 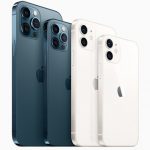 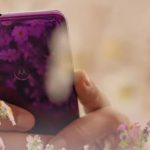