The Android 11-based OxygenOS 11 update has been out for the OnePlus 8 and 8 Pro for quite some time.

However, there are several issues which are making it difficult for users to enjoy the latest OS update.

Now, another issue has surfaced which is preventing the use of the OnePlus universal search feature on OxegenOS 11.

The OnePlus Scout feature is incorporated into OnePlus Launcher and allows users to search for anything on their device.

OnePlus Scout has been removed on the OxygenOS 11 (Android 11) update and multiple users have already taken this to the OnePlus Community and Twitter.

While users are constantly reporting about this problem, the OEM has also acknowledged it and a fix is in works.

OnePlus Community Consultant has responded to a user report stating that the next OnePlus Launcher update will include the fix.

Also, the staff member mentioned that OnePlus Scout is temporarily not available on OxygenOS 11 and the update including the bug fix will be made available on Google Play Store soon.

To recall, it took OnePlus quite some time to release the stable OxygenOS 11 update for the OnePlus 8 series.

Moreover, the latest OS update has many bugs and issues while OnePlus has been constantly struggling to fix them.

Nevertheless, major OS updates are bound to have a few bugs here and there and OxygenOS 11 is no exception.

11:55 am (IST): According to a OnePlus 8 Pro user, the latest OxygenOS 11.0.2.2 update has brought back the Scout feature to the launcher section. Unfortunately, there are no fresh screenshots available to back up the claim.

So far, I’m loving this update
Scout is back in launcher section.
Auto brightness got improved.
UI Feels much snappy.
Night mode seems better than before.
Will update regarding battery consumption later on.
(Source) 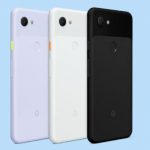