We know that no piece of firmware is perfect and OnePlus is no exception. Its new OxygenOS 11 has been dogged with issues.

The OnePlus 8T, which was the first device from OnePlus to ship with the new custom Android 11 skin out of the box, hasn’t faired differently.

We’ve looked at a myriad of issues that have been affecting users of the 8T and we’re on top of all the issues, ready to bring you the fixes as they become available.

The T-Mobile variant of the OnePlus 8T is obviously a carrier version and as such, has a little more tweaks over the standard global or European variant.

Users of this variant have been having an issue where the system crashes and reboots while launching the camera.

Periodicly phone does not Launch camera app correctly. After animation play, phone stay black and if let like this, phone completely reboots. Temporary workaround is to reboot phone manually or swipe up to bring camera app up. It seems hidden behind the animation.

According to affected users, sometimes the camera on their T-Mobile OnePlus 8T opens and goes blank as it freezes.

This can then only be recovered via a force-reboot or leaving the device to reboot itself after the system crashes.

This issue has since been brought to the attention of OnePlus and T-Mobile and in response, a OnePlus staff member says that the issue is being worked on. With that, users of the T-Mobile OnePlus 8T facing this camera issue should look forward to the next OTA update as it could contain a solution to their troubles.

We can only hope for a speedy resolution of this issue as the OnePlus 8T is a solid device and it would be a shame to have such bugs deteriorate the experience for users.

That said, should you want to untether your OnePlus 8T from the shackles of T-Mobile, you can follow this procedure and convert your T-Mobile OnePlus 8T to an international or European variant. 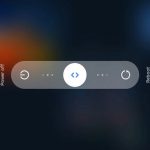 Xiaomi MIUI 12 (Android 11) new Power menu coming to devices on Android 10 in next weekly update, albeit with a catch