[Update: Fix in the works] Some OnePlus users unable to register for the AI powered Messages feature, potential workaround inside

OnePlus is a prominent name among Android OEMs and it offers a lot of handy features to its devices. Among them, the AI powered OnePlus Messages feature.

However, multiple users have been reporting about an issue that is preventing them from registering for the AI powered OnePlus Messages feature.

The said feature rolled out last year but users have been reporting about the registration issue since September 2020.

The feature in question is the result of a partnership between OnePlus and Gupshup, an established messaging platform.

It basically sorts text messages into different bundles with the help of Artificial Intelligence (AI).

Nevertheless, a lot of users are affected because of the registration issue as they are unable to use the handy messaging feature.

Also, the OEM has not yet provided any official statement on the matter and now it seems that the issue requires addressing on a larger scale.

While there has been no intervention from OnePlus so far, some users might have figured out a temporary workaround to get the messaging feature up and running.

Some users have reported on the OnePlus Community and Reddit that clearing the app data and cache seems to be doing the trick for them.

Moreover, the Reddit user has mentioned a comprehensive workaround which involves installing the Google Messages app and making it the default messaging app.

After doing so, users are to clear the OnePlus Messages app data and then set it as the default messaging app again.

So, if you are facing the registration issue while setting up the AI powered OnePlus Messages feature then you can try the workaround given above and let us know whether it works or not by dropping a comment below.

10:45 am (IST): A staff member on the company’s community forums has stated that a fix for the issue is currently in the works and thus it should be resolved with upcoming OTA updates. 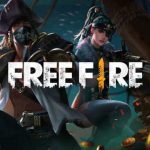 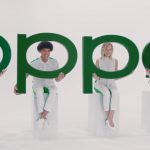