OnePlus unveiled the OnePlus 8T not too long ago. This device seemed like the awkward middle child between the beefy OnePlus 8 Pro and the OnePlus 8.

It ran OxygenOS 11 out of the box at a time when OnePlus was clamoring to deliver the said skin to other eligible devices.

The device is a solid pick for anyone in the market for a decent Android experience but isn’t keen to spend the traditional ‘Android-flagship-tax’. Or is it?

Since the device was unveiled, a few too many issues surrounding the device have been reported by users. We even have a tracker dedicated to keeping an eye on these issues.

This seems to be a rabbit-hole that runs forever as today, we’re getting reports of yet another issue bugging users of this device.

According to a number of OnePlus 8T users, the device has a rather annoying touch screen lag issue that affects some areas around the bottom of the display.

I am having issues with the keyboard not registering touches at the edges of my screen. I have to resize my keyboard to make it smaller, just so it registers touches at the very edge. If my finger even partially touches the edges at all, the key I’m hitting doesn’t register at all (this is especially prominent with the back button). Didn’t have this issue on any other phones I’ve used. Is there a fix for this?
Source

Affected users are reporting that sometimes, their OnePlus 8T devices fail to register key-presses altogether and they have to touch a second time before the device responds.

This issue is mostly reported for the bottom part of the OnePlus 8T display.

Hi
I have been using 8t from 2nd October and finding a few things annoying. Is there any solution

1. Sometimes touch doesn’t respond properly. Need to touch 2nd time to work.
2. On both side touch response is less than normal
3. There is a big gap on both sides of the Gboard which is not supposed to be. It was supposed to be less than what appears to. In fact, I am never used to such a big gap with Gboard.

Previously I used OP8. This problem was not there and touch was more fluent
Can I expect some fix on OTA update?

This touch screen lag issue afflicting users of the OnePlus 8T results in a degraded experience when using the on-screen keyboard and even invoking the Google Assistant.

Playing games such as PUBG is also troublesome, all thanks to this issue. And the reports just keep coming!

At the time of writing, it is unclear what the root of this issue is but knowing OnePlus, this should probably be addressed soon.

We shall be on hand to update as soon as we get more info from OnePlus on this issue so stay tuned for that.

In the meantime, you might want to try these simple troubleshooting measures recommended by OnePlus.

These include ensuring you’re using the device within the recommended temperature range, using the right charger, and using a recommended screen protector on your OnePlus 8T to avoid touch screen lag issues. 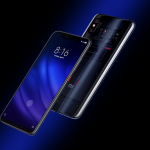