It looks like some kind of software compatibility issue between Airtel and Xiaomi has caused a massive problem for many owners of Mi, Redmi, and Poco smartphones.

Users are reporting that after a latest update, their device is contiously rebooting after showing the “Find Device Closed Unexpectedly” error, effectively rendering their devices unusable.

A Poco X3 user took to Twitter to share a video that clearly shows the phone crashing after reboot, going in what’s commonly called as bootloop.

News outlet GizChina reported about this yesterday, highlighting the issue with the tweet embedded above.

Upon further investigation, we found several other users have been reporting about the same on other platforms as well, like Reddit.

My brother recently updated his Redmi note 9 pro to miui12 ,it was good for couple of days but then the “Find Device Closed Unexpectedly” error started and the mobile now keeps restarting. The worst part is there is only 5~7 seconds gap before the restart loop ,so unable to change any possible settings or uninstall apps. I have not tried factory reset yet,but some have suggested that problem persists even after doing so.
Source

And today, top Airtel India executives have confirmed the same, saying they are aware of the issue, and a fix is being prepared by Xiaomi. Bharti Airtel’s global CIO Harmeen Mehta posted the following on Twitter:

Some @airtelindia customers are experiencing phone crashes on MI phones. We have worked with Xaomi to find the cause & they are preparing a fix

She also suggested the company has channeled in a tweak into their Airtal Thanks app, something which should fix the issue.

Meanwhile we have put a small tweak in the airtel #Thanksapp to help. Please open the app once to effect new settings. #HappyDiwali2020

Some @airtelindia customers are experiencing phone crashes on MI phones. We have worked with Xaomi to find the cause & they are preparing a fix. Meanwhile we have put a small tweak in the airtel #Thanksapp to help. Please open the app once to effect new settings. #HappyDiwali2020

Even Airtel SVP Pranav Shroff also highlighted Harmeen’s tweet, indicating the gravity of the matter as well the urgency with which Airtel and Xiaomi are acting on the matter.

Today the festival of Diwali is being celebrated in India, and having an issue where people are not able to use their smartphones at all would certainly leave a very bad taste in users’ mouth.

So it makes sense that Airtel and Xiaomi are acting swiftly.

Even users on platforms like Reddit are also sharing workarounds. Here’s an example of what seems like an in-depth analysis of the issue by a user. Keep in mind we we don’t endorse this info or workarounds, so adopt them on your own risk.

While this one turned out to be a showstopper bug, we have a tracker where we are highlighting all the major issues on Xiaomi phones after the MIUI 12 update. Check that out here.

IST 11:15 am: Xiaomi has reportedly issued a statement claiming that an update would arrive by this week to fix the issue. Further, the company said that “temporary containment measures” are in place, however, “it may need consumers to get their devices flashed at a service centre.” 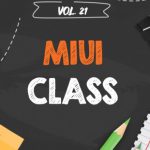