Xiaomi is one of the biggest OEMs on the planet today and it feels as though the company releases a device every other day.

With that, maintaining the devices is undoubtedly an uphill task. However, Xiaomi seems to be on top of it all somehow.

As expected, Xiaomi gets countless bug reports from users of the various devices under its portfolio.

Over the past few months, Xiaomi has been running a weekly bug report threat, aptly dubbed the MIUI Weekly Bug Report.

In these threads, Xiaomi goes presents some of the most reported bugs and issues and the state of the fixes to these issues.

In the 33rd edition of the MIUI Weekly Bug Report, Xiaomi goes to highlight some of the most reported issues afflicting users of Xiaomi devices including the Redmi Note 9, Poco X3, Mi A2 Lite, and the Redmi Note 9 Pro.

Users of the Redmi Note 9 have been reporting an issue with the device’s Electronic Image stabilization (EIS). According to the reports EIS not working in build V12.0.2.0.QJOIDXM.

On this matter, Xiaomi says that this is caused by a MTK ARcore patch in V12.0.2.0.QJOIDXM. It further adds that it will revert it then rebuild the version.

Affected users might want to keep an eye out for an upcoming update to their Redmi Note 9 as that might fix this EIS issue.

For the Poco X3, the most reported issue has to do with system volume. Users have been reporting that the system volume is low.

This has been reported on V12.0.4.0.QJGEUXM, and V12.0.4.0.QJGMIXM. Xiaomi says that the Audioparameter was modified to optimize back cover vibration issue , but some user find the volume is affected.

Xiaomi further adds that the Global build except India will use the old audio parameter to address this issue.

Another issue affecting users of the Poco X3 has to do with the Discord app. Users have been reporting that the app freezes on their devices.

The company says that this has since been fixed and merged into the stable build. As such, you should see this fixed in an upcoming build.

Users of the Android One-powered Mi A2 Lite have been reporting a general system lag in daily use of the device.

This is most noticeable on build number V12.0.2.0.PDMMIXM. In response, Xiaomi says that a new Lite build was released on November 12.

Users are, therefore, asked to continue monitoring and provide feedback on this.

A section of Redmi Note 9 Pro users have been facing issues with random reboots on their devices.

This has been reported on firmware version numbers:

On this matter, Xiaomi says that Qualcomm has released a new case for this issue and this is being worked on.

And finally, in today’s MIUI 12 beta release, it is coming to light that Xiaomi is also looking into another issue, meaning the affected devices have been suspended from today’s rollout:

Due to the problem of “time-lapse photography does not display milliseconds” under certain circumstances, the Redmi K30i 5G, Mi 10, and Mi 10 Ultra are suspended today. Thank you for your understanding.
Source

We shall continue to keep an eye on all these issues and report as and when they get fixed so stay tuned. 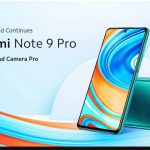