Pro gamers know what it means to have a high framerate when playing various games. For the most part, anything above 60fps is a dream come true for many gamers.

Unfortunately, most smartphones that are not built specifically for gaming like the Razer and ROG phones of this world can hardly hit the 60fps cap primarily because of their limited 60Hz display refresh rate.

Matter of fact, those with non-gaming devices should target hitting the 60fps cap. But for PlayerUnknown’s BattleGrounds (PUBG) players on the Redmi Note 9 Pro, not even this is possible despite the game supporting 60fps on mobile. PUBG mobile app’s default graphics settings are automatically defined by how capable the phone’s hardware is. Here, you can tweak the graphics to HDR and even the game’s frame rate to high fps, but players on Redmi Note 9 Pro are currently stuck on the 40fps cap.

This is despite the device’s capable hardware that can handle intensive gaming, something that device owners aren’t happy about.

In response to the above concern, Xiaomi Indonesia General Manager Alvin Tse says the company has written to PUBG Corporation regarding the Redmi Note 9 Pro 60fps issue, but there is still no known response yet.

It could take time before PUBG responds with details of how to address this issue, so you might want to turn to the available workaround for enabling 60fps gaming in PUBG on your Redmi Note 9 Pro or any other Android device for that matter.

We will let you know when an official solution comes out.

It has now been roughly 5 months since Xiaomi apparently reached out to PUBG Corp. But the 60fps option is yet to be enabled.

In a fresh response to a user’s query regarding the missing ‘Extreme’ frame rate option on the Redmi Note 9 Pro, Alvis Tse has once again stated that Xiaomi is still awaiting feedback from the game developers.

The criterion for deciding as to which device officially supports 60 FPS on PUBG Mobile has finally come to light. According to a report, only Snapdragon 765 and above devices support it for now. More details here. 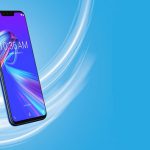 Unable to click & drag Google Chrome tabs on your PC? Here are some solutions