OnePlus’ claim to fame has largely hinged around producing very good smartphones at a fraction of similarly-spec’d competitors.

While these AMOLED (OLED) screens produce better image quality than LCDs, they have a hamartia – susceptibility to screen burn-in issues.

Screen burn-in happens when users leave an image on their screen for too long, causing the pixels to struggle to switch to a new color.

Certain UI artifacts such as the notification bar and the dock need to be available throughout and that could be a potential burn-in scenario waiting to happen.

OnePlus users have had to deal with screen burn-in issues for quite some time and now someone, through the IDEAS program, thinks they have a solution for this issue.

According to the feature request, OnePlus only needs to introduce subtle OxygenOS pixel shifting to alleviate the annoying screen burn-in predicament from befalling its devices.

This idea has received hundreds of acclaim from OnePlus users with over 368 upvotes on Reddit, many agreeing that this could save their devices.

That is a nice idea. This would help everyone who uses an AMOLED screen. There are some TVs that have a repair program that runs periodically when the TV is turned in standby. Our smartphones could do the same at night when they are not used anyway.

Creative idea；It would be helpful for me；This fixes an issue I have；Other phone has this feature so I wish OnePlus implements this.

According to users, this pixel shifting feature is already available on some TVs as a way to preserve the OLED panels.

That said, seeing as this falls under OnePlus IDEAS program, it still needs to be vetted by OnePlus before its fate is decided. As such, its availability in upcoming OxygenOS builds can not be guaranteed.

Should this be seen to be viable, chances are that it will come in an upcoming OxygenOS 11 build as currently, the development of OxygenOS 10 is complete.

We can only hope to see OnePlus and other smartphone makers introduce pixel shifting and taking steps towards such a practice to help increase the lifespan of these beautiful display panels. 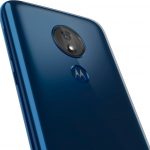