[Update: Acknowledged] Some OnePlus Nord users experiencing freezing issue when playing Among Us, temporary workaround inside

The OnePlus Nord, released a few months ago, represents the company’s bid to offer devices at various price segments since its “flagship killers” have recently soared in price.

The OnePlus Nord is powered by the mid-range yet capable Snapdragon 765G with ample RAM and storage options; an overall complete package.

In the few months that the device has been available in the market, we’ve seen a few reports of bugs that afflict the said device.

Some of these issues that OnePlus Nord users have been complaining about include a bug affecting the device’s Bluetooth connectivity and battery drain issues.

These are, by no means, the only reported issues as today, we shall be looking at yet another bug that is affecting a few users of the OnePlus Nord.

According to affected OnePlus Nord users, their devices glitch out when they play the game Among Us. The affected users report that the device freezes as soon as they join the game.

the players just freezes for no reason in every match. no matter how good the internet is, it happens every time. my ping will vary about 150 to 200 and the players still freeze in the beginning of the match itself.
Source

Hello I purchased one plus nord 12gb/256gb version 2 days ago and I am unable to play AMONG US game on it. The game starts and freezes other players for me while it works fine for everyone else. Most times it gets disconnected even. I tried removing it from my game space and even gave it unrestricted access over wifi/data in the app info section. However, the problem still continues. Can you please look into this and fix it? I found a couple of other threads regarding the same issue and every nor
Source

A scroll through the social forums and you are bound to come across countless similar reports. Luckily, there could be a way around this issue. A rather simple way for that matter.

According to a user on Reddit, these affected OnePlus Nord users can get Among Us to work correctly by simply using Wi-Fi instead of 4G.

Switching to WiFi instead of 4G worked for me.
Source

Admittedly, this is a hacky way to get the game working correctly but it should buy affected users some time before they get an official fix for this issue.

The OnePlus Nord is in line for an update to Android 11-based OxygenOS 11. We have a detailed post covering the state of this update and you can check it out here.

Recent reports suggest that the device would get updated to this new version of Android sometime in November.

We can only hope that these and many more issues facing users of the OnePlus Nord get addressed in that update that should (if everything goes well) hit the device in the next few weeks.

IST 12:12 pm: A Staff Member on the OnePlus community forums has stated that the issue has been acknowledged and the developer team is currently working on a fix for it. 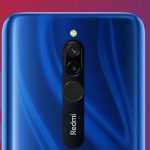 [Update: Rolling out] Looks like Xiaomi Redmi 8 MIUI 12 update wait may soon come to an end