Nearby Share was released a couple of months back, and is Google’s answer to Apple’s AirDrop. Android users can now easily share content with others in proximity. However, there is a new Nearby Share option missing issue with it.

Users are reporting a bug on official forums that prevents them from using Nearby Share via the Google Photos Android app.

I have the same issue in my Pixel 4a. I can share tweets, instagram posts or mostly everything with Nearby share excepts photos from Google Photos. I also have a OnePlus 6 and it works there.
Source

As apparent from the above comments, the Nearby Share option goes missing for some when sharing an image via Google Photos. However, the option still shows when sharing a video through the same app.

It seems that the changes in the Android 11 sharing menu can be connected to this issue, considering the fact that all reports are from users on Android 11. It also seems that only Google Pixel users are facing it.

However, since the issue is reportedly present on the Google Photos app only, it is most likely an app-specific bug.

The problem has been present for a month or so, but Google hasn’t acknowledged it as of yet.

There is an easy workaround that involves using the Files by Google app. The app has an images section that you can use to view all your pictures and share them without hassles.

There is a catch, though. You cannot share images that are uploaded to the Google Photos cloud directly, as Files only displays images on your local storage. But hey, it is still better than nothing.

However, you can first download the image from Google Photos to your device and then share it via the Files app.

The second workaround to the Nearby Share option missing issue seems to be the following and it has been confirmed as working by a user:

That being said, let us know in the comments below if any of the above workarounds worked for the Nearby Share option missing issue.

Also be sure to check out our dedicated Android 11 bug tracker.

If you are missing the recently removed Google Photos “For you” tab, then be sure to check this out. 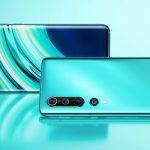