MMS is a great method to send multimedia over your phone. But its use has declined with the onset of apps like WhatsApp. And recently, its reported compatibility issues with WiFi on Android devices shows that the technology is aging.

Since the past few years, several users have been complaining on various forums, that they are unable to send or receive MMS while having their WiFi on.

Just updated to Android 10 last night. Now, when I receive an MMS message, I cannot download it over WiFi as I have in the past…it requires mobile data to be turned on.
My wife and I have identical phones, both upgraded to v10 at same time. She does not have this issue. It is only my phone.

Hi, I just upgraded my phone and I am encountering this issue now. I am unable to send MMS while I am connected to WiFi. Did anyone ever find a solution to this issue? I am currently using a Samsung Galaxy S10 Lite (unlocked model) on the Sprint Network. Thank you.

It appears that the issue is present on Android only, predominantly on Samsung devices, that too after an update to Android 10. However, there are a few exceptions.

Also, the issue doesn’t seem to have anything to do with carrier networks, since the problem is reported on all major US carrier forums like Sprint, AT&T, Verizon and the like.

If you are a Samsung user and facing MMS WiFi issues, then you are not alone. A mod seems to have identified the cause of the problem and says that they are taking up the issue to Samsung:

I wish VoLTE was the issue because that would be an easier fix, but this has been an issue for the Note 8, Note 9, S8, and S9 since November 2019. The issue is under investigation. Essentially, the devices are supposed to drop back to mobile to authenticate who you are and send/receive the MMS. We are telling Samsung to make the protocol the same as you have post 9 series. They say they have, yet only those 4 devices are affected. Before the 8 series and after the 9 series, one can send MMS over wifi. The fight continues.

It seems that the main cause of the issue is the fact that mobile data gets disabled as soon as you connect to a WiFi network. However there is a fix that keeps mobile data active, regardless of the network you are on:

To do the above, you need to head to the about section of your phone settings and tap quickly on “build number” several times, until the developer settings are enabled.

After doing that, scroll to the option that says “mobile data always active” and enable it.

Note: the above-mentioned steps will work on most Android skins.

If that does not work for you, then it also very likely that your phone has the following option regardless of what Android skin you are on. It will be available under mobile network settings and has to be toggled on:

The final option is to reset your WiFi, mobile and bluetooth settings that will be available under System > Reset options. If it is not present there, then just look it up via your settings search-bar.

If none of the above options are working, then check this Reddit post out. Lastly, make sure that your data plan has not expired.

It is worth mentioning that unlike SMS, MMS requires mobile data to function. Your phone probably won’t support it if mobile data is kept off. Make sure to turn it on before sending an MMS.

Also, if you are facing this issue after updating to Android 10, then keep in mind that Google may have added a feature to turn mobile data off when connected to WiFi. This measure could be for preserving battery life.

That being said, if you are a Samsung user on Android 10 and waiting for your device to receive an Android 11 update, then check this out. 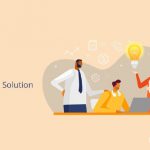 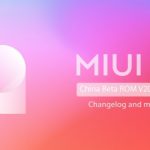