We know that no piece of software is perfect. That’s part of the reason we have regular updates to continuously fix bugs and optimize the said software.

Smartphone firmware isn’t any different and Xiaomi’s MIUI is as typical as they come. The rollout of MIUI 12 that’s coming to a close has been punctuated with a few bugs here and there. Check out our MIUI 12 bug tracker for more on this.

Xiaomi does have a pretty healthy relationship with its users. The Mi Community Forum offers a platform for users to get in touch with Xiaomi and the company does offer feedback to users.

Over time, there have been a couple of issues reported by Xiaomi device owners and the company has been listening.

In the 30th Volume of MIUI Weekly Bug Report, the company is sharing some of the bugs reported for a few devices including Redmi Note 9 Pro/9S, Redmi 8A Dual/Pro, Mi 10 Lite 5G, Redmi Note 7/7S, Redmi Note 9 Pro, and their current state.

First up is the Redmi Note 9 Pro. For a while now, users of this device have been facing an issue with the speaker not working.

This problem has been reported for users with firmware version numbers:

Sadly, relief isn’t on the horizon as Xiaomi has confirmed that the new build still has this issue. The problem needs further analysis and the Feedback Team is working hard to fix this issue and checking feedbacks for the new version.

Next up is the Redmi Note 7/7S. According to users, the Camera force closes or remains unresponsive in versions V11.0.2.0.QFGINXM and V11.0.4.0.QFGINXM.

Xiaomi further adds that this has been forwarded to Qualcomm to assist in the analysis. We can only hope for a speedy resolution of this issue.

For the Mi 10 Lite 5G, the top reported issue has to do with the microphone. According to users, the other party can’t hear the user’s voice in a call.

This issue has been reported in MIUI V12.0.2.0.QJIEUXM. Xiaomi says that according to the analysis result, this is the RF module issue of QC 8250 and 7250.

It further adds that it planned to perform a stress test at the end of September with a new build. Hopefully, we should see a bug-fix update soon.

The top reported issue by users of the Redmi 8A Dual/Pro is the FM Radio failing to work in the new builds of MIUI.

This issue, Xiaomi says, is a result of the International antenna settings. Luckily, the next OTA is expected to fix this.

This issue has been afflicting users running MIUI firmware versions:

The bug-fix update for this issue has already been partially rolled out. Xiaomi adds that it will continue to monitor user feedback.

It is so refreshing to see a Chinese company commit to fixing bugs and pushing out updates to devices in the first place.

We can only hope that more and more OEMs strive to do the same for their devices. 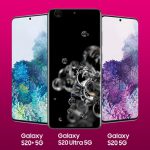