Apple Music is among the three apps from Apple that are available for Android devices while users are still rooting for a proper iMessages support.

AirMessage enables support for iMessages on Android devices but the platform requires a Mac computer to be up and running all the time.

This is simply because the AirMessage app on Android devices sends outgoing messages to a Mac computer with an AirMessage server which further relays the messages as iMessages.

It is a super complicated setup especially for something that is intended to be an exclusive service for iPhones.

However, a lot of Android users use this platform simply because they want iMessages support on their devices.

Now, AirMessage has received a new update which enables support for Android 11 while the service is also available as AirMessage Web.

This means that those on Android 11 powered devices can now use AirMessage without any hassle while those who want to have the iMessages support on their PCs can use AirMessage Web.

AirMessage is also working on the AirMessage Cloud platform which is currently limited to a handful users who are part of the early access program.

This is a big update for the iMessage enabling platform as its user base is steadily expanding. Also, there are plans for making AirMessage Server open-source.

In this way, the platform can be highly improved as the source code will be publicly available to everyone.

The developer of the AirMessage platform also took to Reddit to announce the major update which brings a lot of new changes including AirMessage Web and Android 11 support.

An AirMessage user asked the developer about the AirMessage Connect service which requires a simple Google account sign in to make it easier to setup AirMessage on Android, Mac, and PC(Web).

While the developer stated that a Mac computer will still be required to act as an AirMessage server, there will not be any complications for setting up the server manually.

Basically, users will not have to deal with dynamic DNS software, firewall rules, or port forwarding as AirMessage Connect service will sync the Mac, Android, and/or PC using the Google account.

It is good to see Apple enthusiasts building bridges between iPhone and Android devices but the AirMessage setup is still a complicated process.

This is simply due to the fact that not every Android user will have a Mac computer is a necessary requirement for the Android app to work.

Nevertheless, support for Android 11 makes it clear that AirMessage is a heavily used platform, hence, it requires constant improvements and upgrades. 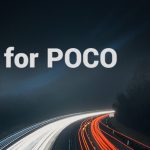