[Sept 25: Down in Europe] Telegram down and not working? Messaging service hit by outage Is your Telegram app not working? Well, find solace in the fact that you’re not alone. A very large number of users from around the world are taking to platforms like Twitter to share that the popular messaging service is down for them.

While some say the mobile app is not working, others say the service is down regardless of the platform you access it from, including desktop. Following is a collection of some user tweets that should give a good idea of what’s going on:

Telegram down on all platforms from Telegram

The above tweets/reports are from the past hour. As of writing this story though, there were some tweets that said the service is back up and working. This indicates that the worst might be over and the Telegram outage could be over for users around the world within next hour or so.

Let us know if that doesn’t happen. Drop a comment if the service remains down for a significant amount of time. We’ll update the story accordingly.

We’re seeing complaints on social media about Telegram being down. Even the Down Detector service currently shows intermittent issues in certain parts of world. The volume of complaints is low, with some even saying the outage is resolved for them.

However, we’re keeping a close watch and will update the story in case of any newsworthy development.

Can we move back to IRC or something? idk what to do when Telegram is down.

Well that was annoying. I think Charter did a stupid. All of a sudden Telegram wouldn't connect via PC internet and my wifi on my phone, but would on my LTE. Apparently other people in the Reno area had the same issue. GJ guys really makes me want to keep you... luckily its back.

Telegram Messenger service is in midst of an outage of sorts as a lot of users are reporting the service is currently down for them. Complainants are taking to social media platforms like Twitter to voice their concerns.

Meanwhile, the issue has been officially acknowledged. The service is currently down in US and other regions due to DDoS attack, the company confirmed on Twitter recently.

We’re currently experiencing a powerful DDoS attack, Telegram users in the Americas and some users from other countries may experience connection issues.

We’re currently experiencing a powerful DDoS attack, Telegram users in the Americas and some users from other countries may experience connection issues. The attack may have slowed down, as Telegram has now said the following:

For the moment, things seem to have stabilized

Telegram users in Europe have been facing a massive outage for the past hour or so. While the company now says the issue is resolved:

Some of our users in Eastern Europe could have experienced connection issues in the last 45 minutes. Everything should be fine now, sorry for the inconvenience

We are still seeing reports from users who say the service is still down for them. Check reports here. 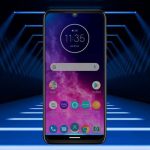 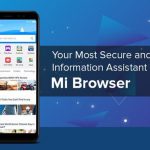