OnePlus will soon unveil the OnePlus 8T to pick up from where the OnePlus 7T left off a year ago. It has become tradition for the T series devices to come around such a time in the year, so it’s not a surprise its happening again this year.

It’s also not a surprise that OnePlus will equip the 8T with OxygenOS 11 based on Android 11 out of the box. A lot has been said about this new OS already, more so with respect to OnePlus devices. Check out some of it here. Perhaps for those just coming from a cave, it is news that OnePlus 8 and 8 Pro are already testing Android 11 publicly ahead of the stable rollout sometime later this month or maybe in October.

Most existing OnePlus devices are eligible for the update to OxygenOS 11, but the likes of OnePlus 5/5T and older models will be left out. This shouldn’t be a problem, though, at least for fans of custom ROMs.

But before OxygenOS 11 comes around, OnePlus still has some issues to deal with as far as OxygenOS 10 is concerned. Users of various devices have raised concerns over a bunch of annoying bugs and issues they face regularly. 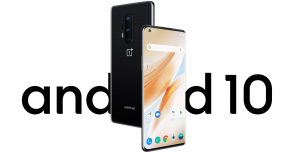 Being a listening company, OnePlus has taken to the official community forums to address these issues. Apparently, a good number has been fixed and only waiting for the bug-fixing update to be deployed.

Below are the responses OnePlus has provided with respect to some of the bugs and issues affecting various devices on OxygenOS 10, which is based on the outgoing Android 10 OS.

Q: There is audio leakage while using OnePlus Buds, which leads to a poor sound quality experience.
A: Sound quality can be affected depending on how you wear the Buds. We suggest adjusting the earplugs till they’re sufficiently tight and fit. The bass sound will become weak if the headset is not well sealed. However, it might be too loud if the earplugs are worn too tight. We have optimized the sound quality of OnePlus Buds and merged the update into our latest OnePlus Buds app (Version No. V2.8.2.0). Please update them to avoid any problem with the audio. We will listen to the feedback from our users continuously and make optimizations in the future.

If experiencing poor audio quality when using OnePlus Buds, the company says optimizations have already been added to the latest OnePlus Buds app version V2.8.2.0, so be sure to update the app.

Q: On OnePlus 5 and above devices, while swiping Google Search bar in dark mode, the screen flickers occasionally.
A: It happened occasionally with Google Android WebView (version V85.0.4183.81).
Google plans to fix this issue in the upcoming versions of Google Android WebView app (V85.0.4183.101). Rest assured, the issue won’t occur after updating the app. Please install the latest updates through Play Store for the ideal experience.

Apparently, the occasional screen flickers experienced on OnePlus 5 and newer devices is a Google issue. A fix is part of the update to Google Android WebView version 85.0.4183.101, so be sure you are running this version or above.

Q: Why doesn’t Hidden Space show icons when apps are added to it?
Q: The angle of OnePlus drawer and screen does not match well.
A: These issues have already been fixed internally and are expected to be merged into upcoming OnePlus Launcher versions. The update will be available on Play Store soon, please stay tuned!

Issues related to Hidden Space icons when apps are added and where angles of OnePlus drawer and screen do not match have also been addressed in the latest OnePlus Launcher update, which can be obtained via the Google Play Store.

Q: The error “Unable to edit” popped up when I tried to edit a recorded video after the recent Gallery update. How do I fix this?
A: We are fully aware of this problem and schedule to address this issue in the upcoming software updates. However, you can set the frame below 60 fps to edit the video if needed. Please set the frame of screen recording in 30fps, 24fps or 15fps in screen recorder setting in Screen Recorder > Setting > Number of Frames.

The bug where users would get the error “Unable to edit” when editing a video in the Gallery app has also been addressed and a fix is coming as part of the next OxygenOS 10 updates.

But as you wait, you can fix the issue temporarily by setting the screen recording frame to anything under 60fps.

Q: Contacts have been duplicated on my Nord device.
A: It is possibly because of the Google account‘s contacts repeat. This might help: Click on the Contacts app > Click on the menu bar in the upper left corner > Suggestions > Merge Duplicates. If the problem still exists, please share your feedback via the community app.

Q: The photos taken on OnePlus Nord come out blurry sometimes.
A: Here’s a small tip: Please be steady and avoid movement while taking photos. This will help improve the photo clarity and quality. In the meantime, we will continuously optimize the shooting experience under dark settings, as well as the stabilization effect. The update will be pushed out in later versions.

OnePlus Nord users experiencing duplicate contacts issue should try merging the duplicates to address the problem. On the other hand, those with blurry photos can expect improvements in the next updates.

Q: Some downloaded app files do not show up in the File Manager.
Q: Text shows up as gibberish in some WeChat public platform accounts.
Q: OnePlus Switch sometimes flashes while it’s restoring a backup.
A: We are glad to inform you that the above issues have already been fixed and merged into the latest OBT versions of OnePlus 7 / 7Pro / 7T / 7T Pro. Users can update to the latest OBT, and the above issues will be resolved.

The latest OxygenOS 10 Open Beta updates for OnePlus 7 and 7T series should address the above issues, although the wait for the same fixes to hit the stable channel could take several weeks from now.