The OnePlus Nord was one of the most hyped smartphones that released this year. It offers a premium user experience at a not-so-premium price. However, the device stirred up a bit of controversy during its initial release to the public.

Many users began reporting about green tinting issues on the display of the device. However, it appears that OnePlus has managed to get things under control since there aren’t many new reports regarding the issue.

But that isn’t the only problem OnePlus Nord users have had to deal with. Towards the tail end of August, we reported that many users are facing Bluetooth connectivity issues on the device. Although, OnePlus did release a fix for the problem soon after.

Cut to now, the problems for OnePlus Nord users don’t seem to end since users have been reporting that they are having trouble using the Google Search application because the ‘You’re offline’ message keeps appearing. We’ve added screenshots of a few reports below: According to affected users, this message appears even when the internet connection on the device is stable. Thankfully, a OnePlus Staff Member on the company’s forums has shed some light on the matter by responding to a user’s report: This means that OnePlus Nord users who are seeing the ‘You’re offline’ message for no good reason on the Google Search application can expect to see the company release a fix for the bug soon. Although, the mod did not share an ETA.

That said, OnePlus Nord users aren’t the only ones who will be getting a bug fix soon. Many Asus ZenFone 7 users who’ve got their hands on the new device have been reporting that when clicking pictures, the edges of the picture have unusual colors. 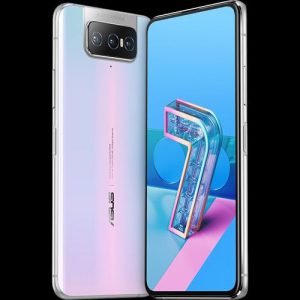 The problem isn’t always noticeable at first glance, however, if you take a closer look at the edges of an image, you will see the green and pink lines in at least one side of the image.

And in response to a user’s complaint regarding the issue, an Asus moderator has confirmed that the problem has been acknowledged internally and it will be fixed via an update in the future. Here’s the entire comment translated from Chinese:

Hello everyone, we have confirmed this problem internally, and we will fix it through the software in the future~~ The detailed schedule will be updated again, thank you Since Asus has already acknowledged the issue, users can expect to see the fix arrive soon via an OTA update. However, much like the expected fix for the OnePlus Nord ‘You’re offline’ issue in the Google Search app, we do not have an ETA here as well.

As usual, we will continue tracking the situation for both devices and will post an update once new details emerge so make sure to stay tuned to PiunikaWeb to know when the two problems are fixed.

IST 04:17 pm: According to an Asus moderator, the unusual colors around the edges of images clicked on the ZenFone 7 issue has now been fixed with the update to version 29.12.18.16. We’ve added the mod’s comment below (translated from Chinese):

Hello, we have fixed this problem in the 29.12.18.16 version of the software~~~ Please try again after updating greatly