Android 11 is set to get officially unveiled sometime in the next few weeks. According to tradition, there are a number of devices that are expected to bag this update on Day 1. These, mostly Google’s own devices.

However, other OEMs have been doubling down on the development of their Android 11-based skins. Samsung for one has been actively working on One UI 3.0, its skin on top of Android 11. Already, we have seen a list of eligible devices and for our coverage of One UI 3.0, check out our dedicated tracker.

Today, new reports coming in indicate that the Korean tech giant is really ramping up the development of One UI 3.0. According to said reports, a few more devices have started undergoing tests for the upcoming skin.

In a Tweet by Max Weinbach, a well-known contributor in many Android Community Forums and known Samsung leaker, Samsung has begun testing One UI 3.0 on the Galaxy S20, the A70s, and the M40. From the list of eligible devices, we still have a long way to go.

Android 11 is currently being tested on the A70s, M40, and full S20 series across all SoCs
Source

However, all is not lost seeing as we haven’t even seen the official release of Android 11. It is refreshing to see Samsung having a headstart in development. Could this mean that we should see One UI 3.0 roll out to these devices before the end of the year? Well, we can only wait and see.

In other news, users of the Samsung Galaxy Note 9 might have something big to look forward to soon as it appears as though One UI 2.5 is cooking for this device.

In a user-shared screenshot of CheckFirm, an app used to check for software version and firmware updates for Samsung devices, an test build for the Note 9 (SM-N960F) with software version number FTI1 is listed as being under testing.

Little else is known about this listed major update. However, seeing as One UI 2.1 is the last major update that the Note 9 received, this can only be One UI 2.5. That said, we shall continue to keep an eye on this development and update as and when we get more details on the same.

IST 01:59 pm: Users who registered for the One UI 3.0 (Android 11) Developer Pre-Beta update in the U.S. are now beginning to receive Samsung’s new skin on the Galaxy S20 series. For more details, head here.

IST 01:25 pm: New developments suggest that Samsung has begun rolling out the One UI 2.5 update for the Galaxy Note 9 in Germany. According to users reports, the update is live as build number FTJ3.

IST 11:20 am: The Galaxy Note 9 One UI 2.5 update is now live in South Korea. A screenshot proof for the same was shared by a user on the Samsung’s Korea forums.

IST 05:16 pm: A user has taken to Reddit to confirm receiving the One UI 2.5 update on the Samsung Galaxy Note 9 in Portugal. 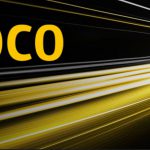