Now, the OEM has released a software update plan for the third quarter of 2020. Since Q3 2020 will be over with September, it is safe to say that the update plan is for the same month and includes a bunch of devices.

LG Velvet is supposed to get support for LG U+ AR Glass along with an update for SKT/KT emergency positioning app which LG V50S ThinQ will also get. On the other hand, LG V50 ThinQ update will include information on 5G roaming for numerous operators.

While the update plan has listed the Korean variants of all devices, it is safe to assume that Global variants might also get similar updates. That said, we will provide details as and when more information becomes available so stay tuned to PiunikaWeb.

IST: 15:40 pm: LG V50 ThinQ devices are getting the September patch that brings along the LG U+ 5G AR glass support and more. Take a look at the complete changelog (translated) below:

-A setting for each day of the week has been added to the automatic phone restart function.
-Improvements have been made so that the volume control level is displayed as a number when adjusting the volume in the Hi-Fi Quad DAC setting.
-The dial dial touch area of ​​the phone app has been improved to be wider.
-Added to be able to use Naver Map, Kakao Map, and Citrix Reciver app in extended mode on dual screen.
-The phenomenon that the connection is temporarily disconnected when sharing the screen from a mobile phone to a TV has been improved.
-Fixed an issue where some downloaded music files were not displayed in the music app’s playlist.

-Fixed a problem where some recorded files were not played when recording in concert mode in the high-quality recording app.
-Added countries where 5G roaming service is available. (LG U+, KT, SKT)
-5G roaming has been changed to the default setting. (LG U+)
-LG U+ 5G AR glass function has been added. (LG U+)
-The app has been deleted due to the termination of the KT Real 360 service. (KT)
-Mobile phone security has been enhanced with Google security updates.

Additionally, LG X2(2019) is also fetching a security update, that doesn’t bring along any major changes.

Note: We have more such stories in our dedicated LG section so be sure to check it out. 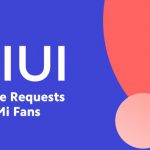