It is not uncommon to see an update roll out that brings with it a few too many bugs to subject devices. Classic example for this is the Xiaomi-Android One situation.

But that is the absolute worst case. Other OEM’s encounters are often milder and big or small, no OEM is absolutely immune to such issues.

Samsung has recently rolled out One UI 2.5 to this year’s flagship devices, the Galaxy S20 line of phones. The update has since been reported across many regions and you can check out our dedicated One UI 2.5 tracker for more on that.

It has not all been rainbows and unicorns for users who have been able to update their S20 devices to this new build of One UI. According to users, there is a bug that seems to affect the device’s GPS tracking.

Affected users (1, 2, 3, 4) point out that since updating to One UI 2.5, their S20 devices don’t track movements well. The devices also have a hard time locking the device’s location using GPS. This renders apps like Waze and Google Maps almost useless on these devices.

While Samsung Support’s official Twitter handle has gotten in touch with users that have reported this issue, the company is yet to issue an official acknowledgment of the issue.

The issue has been reported by users of the S20 in many regions including the US where users on T-Mobile have reported the malfunction in many forums.

And the issue might be a little bigger than we thought. This, because users of the Samsung Galaxy Note 8 and Galaxy S8 are also reporting the same issue on their devices.

In a user-shared video on YouTube, this issue is demonstrated as the user drives around and the GPS on both his device and the Android Auto head-unit freeze as though the device has lost GPS lock.

We can only hope that this issue gets addressed soon. Knowing Samsung, this should be fixed promptly in subsequent updates. 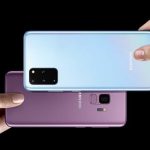 [Update: Dec. 09] Samsung One UI 2.5 update: List of Galaxy devices likely to get it