It is not uncommon for a big update to totally mess up the experience for users. We’ve seen even big companies like Xiaomi drop the ball on major updates which means that smaller OEMs aren’t spared either.

A section of Motorola G7 device users seem to be in a tight spot following a recent update to Android 10. The Moto G7 Play Upgrade to Android 10 has been, in the words of one of the users, A Total Disaster.

Following the update to Android 10, users of the Moto G7 series of devices have reported a number of bugs. Some of these issues include LTE not working, bluetooth issues among many others.

According to a forum moderator, the company is planning to push improvement updates for these devices soon. He further adds that Motorola is lining up a new update to improve its Google Fi devices in the U.S.

I understand you are frustrated. As we mentioned in the other thread, we do have improvements coming for the issues with Google Fi devices.

It is, however, not specified what exactly the update will bring to the affected devices and what issues reported are likely to get fixed. We shall continue to keep an eye on this and update once we get more info on the same.

5G is quickly moving from a thing you read about on the internet to actually rolling out in many supported regions through carriers. With each passing day, we see the release of more and more 5G-capable devices.

One of the newest additions to the list of devices that support 5G is the Motorola Moto G 5G Plus. Launched back in July this year, this device is much more attainable for the masses, bearing in mind most other 5G devices cost upwards of $1,000.

Proud owners of this flashy new 5G device from Motorola who are customers of Three in the UK are a little out of luck as their shiny new piece of equipment does not support the carrier’s 5G network.

For affected users, there doesn’t seem to be any reprieve in sight. When asked by a concerned user when the Moto G 5G is likely to get support for the Three’s 5G network, a Motorola Forum Moderator says;

All, I’ll be as honest as I can with you. We never give timeframes as timing can change and we’d hate to go past the date or timeframe we provided. The update is coming, I can tell you it’s not likely to be within the current month. So if you are within your return window and no current 5G support on 3UK is a dealbreaker then I would recommend returning the device. I apologize if that comes across brash, but I want to be as transparent as I can.

With that, users of the Moto G 5G Plus might want to weigh their options if 3UK 5G is an absolute must-have for them. We can only hope that more forum moderators endeavor to be as honest as MotorolaTom.

We will also keep an eye on this device and update this post when it finally gets support for 5G for users on 3UK. 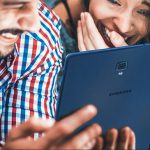