The NVIDIA Shield TV line of Android TV set-top boxes have for many years been regarded as the best of them all. The original Shield TV came out in 2015 and held on for a couple or so years before it was eventually succeeded by a pair of high-performance boxes.

Dubbed the Shield TV 2017 and Shield TV Pro 2017, these two picked up from where the classic Shield left off, but not by much, especially in terms of hardware.

But with the release of the 2019 duo, NVIDIA made things a tad more interesting not just in terms of performance and features, but also the design language, more so that of the standard “Tube” model.

Sure, the polish of an Apple TV is nowhere to be seen even on the high-end Shield TV, but to justify the Pro tag, NVIDIA put 3GB RAM, 16GB storage, two USB Ports, support for high-res audio upsampling, as well as Plex Media Server capabilities on the premium Shield TV 2019.

You also get a much better remote, AI upscaling to sharpen the quality of HD videos on 4K TVs, and you can even turn the Shield TV into a SmartThings hub or some sort of Digital Video Recorder (DVR).

The purpose of this piece isn’t to brag about the hardware capabilities or even the feature set of the Shield TV. But it’s about the software side of things catapulted by the recent release of the 25th major software update for the 2015 Shield TV, the longest support ever for any Android device.

Even with the most bleeding edge hardware, poorly-written software can lead to one of the worst user experiences on any device. There are plenty of examples in the Android world courtesy of the Chinese market. And then there is the NVIDIA Shield TV software experience.

This is in no way to suggest that NVIDIA’s Android TV software is perfect. But everyone agrees that the company ticks one major box that most Android vendors struggle with – a prolonged software support window.

On top of the many features and capabilities aboard NVIDIA Shield TV STBs, you are guaranteed one of the longest software support periods for any Android device spanning years, probably five and counting.

It’s crazy when you think of how long the 2019 model will receive support considering it is relatively new. Updates to Android 10, Android 11, and probably higher versions should come at some point, but no one knows when.

NVIDIA should also continue providing the usual minor updates and bug fixes from time to time, something most Android TV boxes, including others from popular vendors like Xiaomi, hardly get.

With such perks, NVIDIA’s pricing of the Shield TV compared to the competition is indeed vindicated, at least for those of us who value software and see it as king.

While you can get a rival Android TV streamer such as the Mi Box 3 or Mi Box S for half the price of the Shield TV, the quality of software update support you get on the former is nowhere near half of what NVIDIA offers.

For instance, it is only now that the Mi Box 3 is receiving Android Pie – an update the Shield TV picked up over a year ago. While it’s almost certain the Mi Box 3 and Mi Box S are unlikely to get past Pie, NVIDIA is never short of surprises.

At a starting price of $150, the Shield TV is undoubtedly still pricey when compared to the competition, but the extra features and capabilities coupled with one of the longest software support window for any product, not to mention GeForce NOW support, make it the best Android TV box on the market not just for power users, but also for non-geeks. 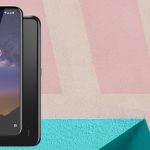 Nokia 2.2 Bluetooth not working? August security patch to blame as per users